Ground has been broken on a 150-bed residence hall on the south end of the Central Baptist College campus. The new residence hall, to be built facing west on Conway Boulevard, will be the first student housing project to be conducted on the CBC campus in 49 years. The project was made possible by a lead gift from Max and Debbie Story from Magnolia, Ark.

The design and construction team is comprised of Sowell Architects, Inc. of Conway and Clark Contractors, LLC of Little Rock and is schedule to be completed by August 2014.

According to Liz Hamilton with Sowell Architects, Inc., “The east side of the building along Conway Boulevard will boast a lawn and neighborhood courtyard. By maintaining the majesty of the old trees in Conway and providing new gathering areas for students, we hope to enhance the streetscape of the neighborhood and give the students a relaxing place to live.”

The new residence hall is the third major project of ten to be funded by a capital fundraising campaign entitled “Vision 2020: A Miracle in the Making.” CBC President Terry Kimbrow explained, “Vision 2020 is a plan to complete 10 major projects in 10 years to accommodate an enrollment of 2020 students.” The campaign was publically launched in January of 2011 and has exceeded $16 million in contributions.

Central Baptist College is a four-year liberal arts institution with an enrollment of over 800. For more information on CBC or “Vision 2020: A Miracle in the Making,” go to cbc.edu. 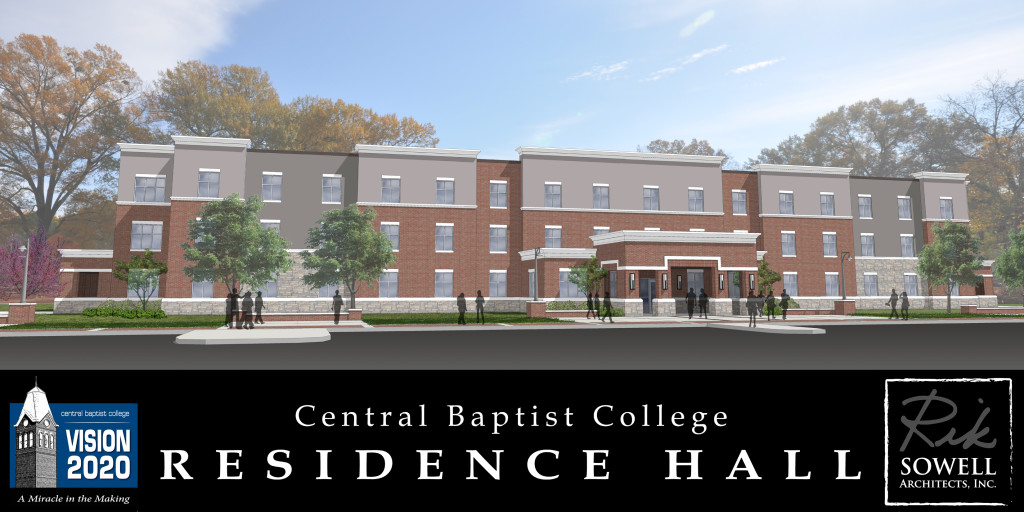