Central Baptist College announced today that it has been designated a 2016 Military Friendly® School by Victory Media, the leader in successfully connecting the military and civilian worlds, and publisher of G.I. Jobs®, STEM JobsSM and Military Spouse. Now in its seventh year, the original, premier Military Friendly® Schools designation provides service members and their families with transparent, data driven ratings about post-military education and career opportunities.

Institutions competed for the elite Military Friendly® School title by completing a survey of over 100 questions covering ten categories, including military support on campus, graduation and employment outcomes, and military spouse policies. Survey responses were scored against benchmarks across these key indicators of success. In addition, data was independently tested by EY (Ernst & Young) based upon the weightings and methodology established by Victory Media with guidance from an independent Advisory Board of higher education and recruiting professionals. A full list of board members can be found at MilitaryFriendly.com/advisory-board.

The Military Friendly® Schools designation is awarded to the top colleges, universities, community colleges and trade schools in the country that are doing the most to embrace military students, and to dedicate resources to ensure their success both in the classroom and after graduation. The methodology used for making the Military Friendly® Schools list has changed the student veteran landscape to one much more transparent, and has played a significant role over the past seven years in capturing and advancing best practices to support military students across the country.

CBC President Terry Kimbrow said, “It is an honor to be included on the Military Friendly Schools list for the seventh year in a row. We have a long tradition of working with students who serve or have served our country. We will continue to do whatever it takes to honor their service.”

In addition to the Military Technologies Associate’s degree, CBC offers eight other degree programs in the Professional Adult College Education program and three online degrees. This program offers the working adult the opportunity to work full time and obtain their college degree.

Currently, at CBC, 12% of the traditional and PACE/Online student population are military.

Central Baptist College is a four-year, private, liberal arts college founded in 1952 by the Baptist Missionary Association of Arkansas. For information about CBC, go to www.cbc.edu or call 501-329-6873. 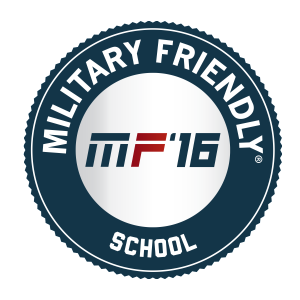