Governor Asa Hutchinson and Dr. Brett Powell will deliver Central Baptist College’s commencement addresses on Saturday, May 7th in the Burgess Auditorium. The commencement for traditional students will be held at 2:00 p.m. with Governor Asa Hutchinson as the speaker. The Professional Adult College Education (PACE) graduation will be held at 10:00 a.m. with Dr. Brett Powell, Arkansas Department of High Education Director, as the speaker.

CBC President Terry Kimbrow said, “We are honored to have two key leaders who support higher education in Arkansas to serve as commencement speakers.” CBC will award degrees to 134 graduates, 68 in the Traditional program and 66 in the PACE program.

Asa Hutchinson was sworn in as the 46th Governor of Arkansas in January, and immediately set in motion his plan to bring more jobs and economic growth to his native state.

Governor Hutchinson kept a major campaign promise by working to pass the biggest income tax rate cut in state history. His initiative to require computer-coding classes in every public high school makes Arkansas a national leader and signals to businesses everywhere that our students will be prepared for the 21st century economy.

In addition, the Governor’s emphasis on government efficiencies — including a hiring freeze instituted on his first day — have resulted in taxpayer savings and better focused state services.

As part of his strategy to market Arkansas and attract more jobs and businesses to the state, Governor Hutchinson already has met with CEOs of major industries across the globe from Silicon Valley to Germany and Cuba.

On the national stage, Governor Hutchinson has been a key leader in education, energy and security.

Before being elected governor, Asa Hutchinson served as Director of the Drug Enforcement Administration and as the first Undersecretary of the Department of Homeland Security. Voters in Arkansas’s Third District also elected him to Congress three times.

A graduate of the University of Arkansas law school, Asa Hutchinson, at age 31, was appointed by President Reagan as the nation’s youngest U.S. attorney.

He and his wife Susan have been married 42 years. They have four children and five grandchildren.

Powell’s primary responsibility is oversight of staff whose jobs are to carry out the policy directives of the AHECB and to develop funding recommendations for the state’s 11 public universities and 22 public two-year colleges as well as several other post-secondary entities. In addition, the agency is responsible for distributing approximately $170 million annually in state financial aid intended to ease the financial burden of students seeking a postsecondary education.

He and his wife, Stacey, are the parents of one daughter, Chandler, who is studying Communication Science and Disorders at Ouachita Baptist University. 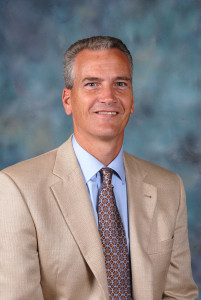 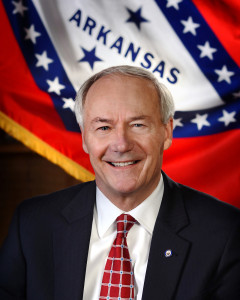