Ryan Johnson is the new Vice President for Enrollment Management at Central Baptist College. Johnson began his career at CBC in August 2009 as PACE Coordinator of Marketing and Recruitment. Johnson’s title was changed to Director of Recruitment upon the merger of PACE and traditional student recruitment offices in June 2011.

CBC President Terry Kimbrow said, “Ryan is highly respected by the directors who report to him. He has added an element of professionalism to every department he oversees. I am pleased to have him in this very important role.”

As Vice President for Enrollment Management, in addition to the departments he already supervises, he will assume oversight of the Office of Registrar. He will report directly to the President. He will also serve as a liaison on one of the Board of Trustee’s three standing committees, and will be tasked with giving both a written and oral summary of his work at each board meeting.

Johnson holds a Bachelor of Arts degree in English from Lyon College and a Master’s of Science degree in Training Systems from the University of Central Arkansas. Ryan, his wife Sally, and son Hudson live in Conway where they are active members of Antioch Baptist Church. 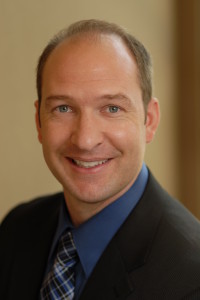