Rachel (Waymire) Steele is the new Associate Vice President of Student Services at Central Baptist College. The announcement was made in an e-mail from the President to CBC employees on Monday, January 11, 2016.

Rachel began her career at CBC in 2009 as a personal admissions officer. While completing her last two years of coursework at CBC, Rachel was responsible for Stampede Preview Days for prospective students and was a part of the admissions team that brought in a record-breaking enrollment two years in a row. During this time, she also served as a house director for International and upper-classmen students.

In May 2011, Rachel began her duties as Orientation Coordinator and transformed the former “Welcome Week” into what is now known as “M.U.D. Week” (Mustangs Under Development Week). She added new programs and traditions to the former Welcome Week including Freshman Convocation, a freshman class picture, “MUD night,” the Blue Party, and of course the giant MUD slide. Each freshman enters CBC as a “pony,” and after undergoing sessions and events during MUD week, they begin classes as a tried and true “Mustang.” During her time as Orientation Coordinator, Rachel oversaw the curriculum and instructor training for the freshmen transition course, and served as an instructor for this course and for the same course in the PACE program.

Additionally, Rachel, with the help of Sancy Faulk and the Conway Noon Rotary Club, chartered the Central Baptist College Rotaract Club. This student organization has obtained the Rotary International Presidential Citation for three years, presented at the district Rotary conferences, served as counselors for the Rotary Youth Leadership Awards (RYLA) Camp, and extensively served the community.

In May 2013 Rachel received a Master of Science Degree in College Student Personnel Services from Arkansas Tech University in Russellville. She was promoted to Director of Student Services. In this role she was responsible for the oversight of Student Activities, Disability Support, Career Services, Tutoring, Chapel Renewal, Intramural Sports, Orientation, and At-Risk student programs. During her time in the role she was intentional in her efforts to improve communication to students. She implemented a texting service and created a registration communication plan to improve student engagement.

Steele is active in the Conway community. She is a member of Conway Noon Rotary Club and has attained perfect attendance since becoming a member in 2012. She served on the Rotary Board for two years as Sergeant-at-Arms, and currently serves on the Board as the New Generations Director. She has been awarded two Paul Harris Fellowships (Rotary International’s highest honor) by the Club as a reward for her service to the club. Rachel is also a member of the Conway Regional Women’s Council where she is on on the Steering Committee and is currently the Membership Director.

Rachel and her husband, Jake, are active in their church at Grace Bible Fellowship where they host a small group and serve on the worship team.

As Associate Vice President of Student Services, Rachel will oversee the following areas: Student Success, Retention, Safety & Security, Dean of Students, Housing and Residence Life, Student Activities, Disability Support Services, and Career Services. “This is a new position,” said CBC President Terry Kimbrow. “However, it will not add any employees. A reorganization several years ago left a vacancy in the administrative leadership for Student Services. It was moved to the area of Enrollment Management, along with many other departments. It’s time to make a bold move to enhance the services we offer to our students. Rachel’s Master’s degree in College Student Personnel from Arkansas Tech and her six years of experience at CBC overseeing several successful initiatives makes her the obvious choice to build a strong Division of Student Services.”

Having a strong Student Services Division is vital to ensuring students have the most successful educational experience possible. Student Services is multi-faceted and includes the enhancement of growth and development of students, an understanding of student law, consistency in areas of discipline, and readiness to meet the demands of life after graduation. “In essence,” said Kimbrow, “a good Student Services Division prepares students for the next stage of life. In the case of Central Baptist College, we endeavor to give them the tools they need to be successful while glorifying God in whatever they choose to do.” 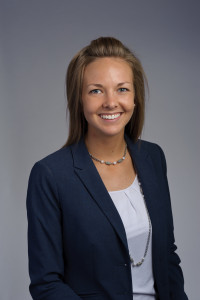