Stephenson and Standridge to Deliver Commencement Addresses at CBC

Dr. Jeff Standridge and Brother Ed Stephenson will deliver Central Baptist College’s commencement addresses on Saturday, May 5th in the Burgess Auditorium. The Professional Adult College Education graduation will be held at 10:30 a.m. with Dr. Jeff D. Standridge, Vice President of Business Operations for Acxiom Corporation, as the speaker. The commencement for traditional students will be held at 1:00 p.m. with Brother Ed Stephenson, Senior Pastor of Springhill Baptist Church in Greenbrier, AR., as the speaker.

This year CBC celebrates its largest graduating class in that 131 students total will be graduating. This class includes 61 PACE graduates and 70 traditional graduates.

Dr. Jeff D. Standridge holds the position of Vice President of Business Operations for Acxiom Corporation headquartered in Little Rock, Arkansas where he is directly responsible for the management of Acxiom’s South American unit located in Brazil.

From October 2003 to April 2005, Jeff served on special assignment in Europe, where he was responsible for the integration of multiple mergers and acquisitions across Europe and the United Kingdom. While on this assignment, he also led the development of Acxiom’s international Human Resource and Organizational Development functions across multiple countries in Europe (UK, Netherlands, Poland, Germany, France, Spain, and Portugal), Australia, Japan, and China. 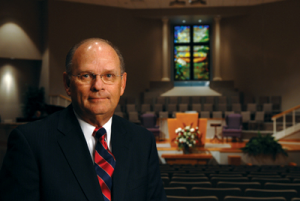 He served on the teaching staff at CBC for two years (1979-1980) and helped to establish the office of development for Central Baptist College. In this position, he involved himself in recruiting and fund raising.

He announced his call to the ministry at the age of 15 and is now in his 49th year in the ministry. He has preached in over 400 revival meetings and has participated in many Bible conferences. He has pastored for 40 years and served four years as Director of State Missions for the BMA of Arkansas. Since 1999, he has served as the Senior Pastor of Springhill Baptist Church in Greenbrier, AR. He is also the President and Founder of Exalt Him Ministries. He presently serves as the First Vice President of the Baptist Missionary Association of America. 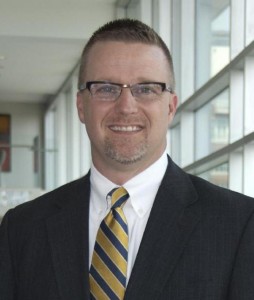 He and his wife Sarah have been married forty-four years and have two sons: Eddie and his wife, Amy, live in Little Rock with their two daughters, Madison and Savannah. Chad and his wife, Jai, live in Searcy and have one daughter, Harper.