The board of trustees at Harding University announced today the institution is naming a major campus building to honor Dr. David B. Burks, who will retire from the presidency May 31.

Later in the evening Simmons repeated the announcement at a reception for faculty and administrative staff.

Burks told the board in October 2011 of his intentions to retire from the presidency at the end of the 2012-13 school year. Burks is only the fourth president in Harding’s 89-year history. He assumed the presidency in 1987.

The facility was constructed in 1965 and has undergone two major renovations during Burks’ presidency. The last one was completed in 2006, adding more than 35,000 square feet to the structure at a cost of $8.8 million.

Burks’ career at the institution has spanned four decades since joining the faculty in 1967. In addition to teaching accounting in the Paul R. Carter College of Business Administration, he served as dean of the college for 10 years prior to assuming the presidency. At the request of the board, Burks will become chancellor of the University June 1.

During Burks’ tenure as president, the enrollment grew from 2,997 to 7,155, making Harding the largest private school in Arkansas. The University has completed capital projects totaling more than $275 million. Also during his presidency the endowment grew from $18.7 million to more than $110 million.

During his administration, international studies programs were added in Australia, Chile, England, France, Greece and Zambia to go along with the already established program in Florence, Italy.

The University developed doctoral programs in education, pharmacy, physical therapy and theology plus master’s degree programs in communication disorders, business and physician assistant while Burks was at the helm of the school. 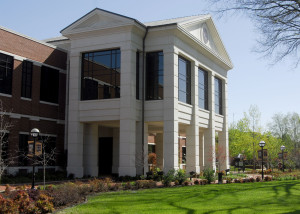 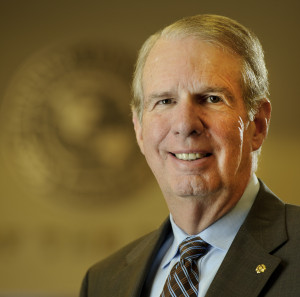