Dean of Harding University nursing college to step down from position

Dr. Cathleen Shultz, dean of the Carr College of Nursing at Harding University, today announced her decision to step down from the position June 1.

After concluding her administrative duties, Shultz will begin a yearlong sabbatical in June to engage in scholarly writing. She will remain a full-time professor of nursing.

“Cathie Shultz has devoted almost her entire professional career to the development and growth of Harding’s baccalaureate nursing program,” said President Bruce McLarty. “She has been there since the early days of the program. Directing this dynamic professional program for 37 years is a milestone in the world of higher education.

“Her leadership has not been limited to the Harding campus. She has used her skills to promote nursing education in Arkansas and throughout the nation. Harding has benefited greatly from what she has accomplished in her long administrative career.”

Under Shultz’s leadership, Carr College of Nursing was the first nursing program in Arkansas to use computers as a part of learning, introduce primary care in the curriculum, provide health services for Head Start and HIPPY programs, initiate health screening clinics in public schools, provide health information and services for the elderly, and incorporate health missions into the curriculum.

“Dean Shultz is leaving behind a remarkable legacy of developing and leading a highly successful academic program,” said Provost Larry Long. “She has an outstanding record of accomplishments on our campus, in the nursing community in Arkansas and across the nation.

“Her service as president of the NLN from 2009 to 2011 is truly a unique honor for a faculty member from a small, private university. Her successes have positioned our program to move forward to a very bright future.

“She recently led Carr College of Nursing into the state-of-the-art $9 million Swaid Center and led in the planning for graduate programs soon to be offered.”

Her community and gerontology nursing expertise received numerous recognitions including the 2008 American Association of Colleges of Nursing Outstanding Award for Innovation in Baccalaureate Geriatric Nursing Education from the Hartford Foundation. Nursing students from her gerontology course received the 2010 Arkansas Gerontological Society Most Innovative Volunteer Group Award.

In her career thus far her list of publications include three books, contributions to 28 books, and author/co-author of more than 60 journal articles. 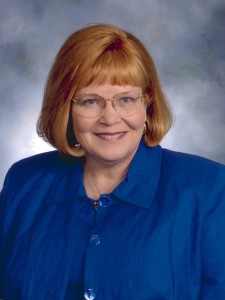