Eleven University students were caravanning in four separate cars to Syracuse, New York, for a mission trip when one of the cars carrying three passengers was involved in a multiple-car accident. Nicholas Smith (21), a senior, was driving his car when it was crushed between two semi trucks at 1:15 a.m. The accident occurred on Interstate 71 northbound in Oldham County of Northwest Louisville, Kentucky.

Smith, originally from Buford, Georgia, died of injuries he sustained in the accident, and two passengers were taken to the University of Louisville hospital. Drew Taylor, a senior mathematics major from Whitesboro, New York, was airlifted to the hospital where he underwent surgery. He is currently stable and recovering in the hospital. Abby Owens, a sophomore early childhood education major from Baldwinsville, New York, was treated and released.

The students were traveling to the Wetzel Road Church of Christ in Syracuse, where Smith was to be a summer youth intern. Church members in the area surrounded families and friends of the affected students, and several administrators from the University flew to Louisville to show support and encouragement, including University President Bruce McLarty.

“All through the day on Saturday, there was a steady stream of people who came to the hospital with offers to help in any way that was needed,” McLarty said. “At least four different church congregations were represented, and two nearby Harding-trained ministers, Conrad Moorer and Larry Sawyer, spent the day helping the family walk through the long hours of the day. Numerous times during that difficult day, I heard people say, ‘The body of Christ is here today.’”

Smith, who would have been 22 on March 25, was a youth and family ministry major in the University’s College of Bible and Ministry. In addition to being a member of Beta Omega Chi men’s social club and an honor student, Smith was also a beaux for Chi Kappa Rho women’s social club. He is the son of Richard and Amy Smith and the brother of Alexis Smith.

For those interested in donating to the family, Buford (Georgia) Church of Christ has set up the Nicholas Smith Family Fund to help the family pay for expenses. Details on arrangements have not yet been released. The University is in the process of organizing an event in honor of Smith once classes resume after Spring Break.

“Nicholas, Drew and the entire group of Harding students who were heading to New York for a Spring Break mission are an inspiration to us all,” McLarty said. “They left Searcy full of purpose, love, joy and hope. Nothing that happened on that Kentucky highway can take those things away from them. Their hope in Christ is even more real to all of us today than it was two days ago.” 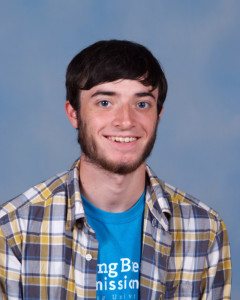