Eric Greitens is a former Navy SEAL, the founder of The Mission Continues, and an award-winning and best-selling author. Named to TIME magazine’s 2013 list of the “100 Most Influential People in the World” and Fortune’s list of the “World’s 50 Greatest Leaders,” he draws from his experience as a humanitarian and Navy SEAL lieutenant commander to address leadership, team building, overcoming adversity, and the power of service. Greitens uses humor and personal anecdotes from his travels to engage his audience in visual and dynamic presentations and to challenge them to make small changes and improvements in their lives.

Greitens is a Navy SEAL officer who deployed four times, to Iraq, Afghanistan, Africa, and Southeast Asia. His personal military awards include the Purple Heart and the Bronze Star, among many others. In 2011, the Association of the United States Navy named Greitens their Navy Reserve Officer of the Year.

After returning from Iraq, Greitens donated his combat pay and founded The Mission Continues, which empowers wounded veterans to serve and lead in communities across America. He was honored by Major League Baseball, PEOPLE magazine, Outside magazine, and the National Conference on Citizenship. In 2011, The Social Venture Network recognized The Mission Continues as one of the most impactful forces in the community. 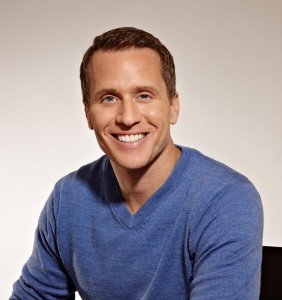