Kirkman replaces Dr. Bob Reely, who has held the position for 26 years. Reely will be returning to the classroom full time in the Paul R. Carter College of Business Administration after spending the fall 2015 semester as a visiting professor at the University’s international program in Athens, Greece.

With a background in education, Kirkman’s work experience includes 12 years of teaching at elementary, junior high, high school and college levels. A Harding alumna, she received a Bachelor of Arts in elementary education in 1987 and a Master of Education in 1989. She has been working as an English and journalism teacher at Harding Academy since 2011.

“Kim will be a great addition to our American Studies team,” Carr said. “She is a very talented person whom I believe will be an outstanding associate executive director.”

In addition, Kirkman has also been involved in teaching ACT prep courses, advising journalism students for Harding Academy student produced publications, and coaching the Harding Academy quiz bowl team. She has an Arkansas Residential Contractor’s License, was the founder and owner of Everett Children’s Boutique from 2000-04, and in June 2013 led a student group to Regan Ranch as a part of the Young America’s foundation. 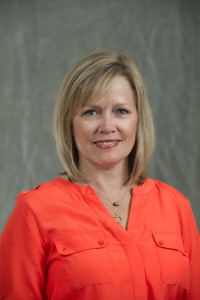