James replaces Dr. Warren Casey, who is stepping down from the position to focus his attention on serving as dean of the College of Arts and Humanities.

The on-site director of the Harding University in Greece program since 2010, James has previously served as dean of the former College of Communication, chair of the department of communication, and numerous leadership roles in the radio and TV production areas.

“Dr. James is an excellent and creative teacher with proven leadership and management skills,” Long said. “He has worked with honors students in various roles in the past and, during the interview process, demonstrated his analytical and creative skills in projecting ideas to maintain program strengths and develop new enhancements.”

James has been a member of the faculty since 1985 and on the staff since 1973. He received his Ph.D. from Florida State University in 1992 and holds the academic rank of Distinguished Professor of Communication. He received the Distinguished Teaching Award in 1989, 1995 and 2007.

“Dr. James’ commitment to support our university mission gives me full confidence that he will lead the Honors College and the Honors Summer Academic Institute with the same skill and dedication as he has shown in his previous administrative appointments,” Long said. 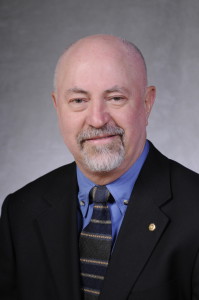