ASIS International is organized into local chapters, regions and groups across the globe. There are approximately 40,000 members worldwide, and each member is assigned to one of the 230 local chapters. As the senior regional vice president, Russell will oversee four regions that include seven states and 20 chapters.

Russell first joined the organization 14 years ago, and he attended his first ASIS International meeting in fall 2001.

“I have served as a volunteer leader for the organization in some capacity since 2002, starting at the chapter level for the Central Arkansas Chapter then being appointed on the regional level for the region that includes Arkansas, Oklahoma and Northern Louisiana,” Russell said. “I served four years as an assistant regional vice president and six years as a regional vice president.”

Responsibilities of Russell’s new position include serving as a communicator between the organization’s board and headquarters leadership and regional and chapter leaders and assuring the mission of ASIS is fulfilled.

“First, almost everyone who chooses this profession does so largely because they want to help people,” Russell said. “Second, almost everyone I have met in this profession is willing and eager to help others in the profession. ASIS International encourages these two aspects of the profession by helping like-minded professionals come together so that we can better help those we serve and better help each other. It really is a joy to work in an organization that complements and enhances the work we do here at Harding.” 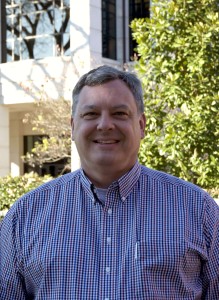