The Baltimore Consort was originally founded in 1980 and, through instrumental music, explores early music from England, Scotland, France, Italy and Spain. Billboard magazine recognized them as Top Classical-Crossover Artist of the Year, and they frequently perform on syndicated radio broadcasts.

Their program, titled “Cupid’s Cabinet,” will feature love songs of the British Isles, France, Spain and the New World.

The concert will be held at 7 p.m. in the Administration Auditorium. Tickets will be sold for $3 at the door. 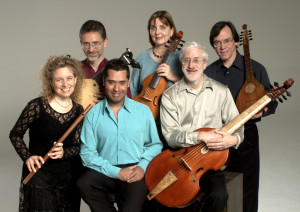