As Students Move Back In, The Old Is New

Fifty unsuspecting freshman gathered under the balcony of J. Alvin Brown Hall – beckoned by the flyers distributed on campus and fellow students who told them to show up for the “Annual Freshman Photo.” Instead, they were victims of one of J. Alvin’s infamous pranks. Holding down the shutter on his camera, Joshua Swenson ’97 captured the story as his friends rose from the balcony above and dumped garbage cans full of water on the unfortunate freshman.

The balcony has also housed more than one homemade hot tub, often built by the construction management students. When the weather gets too cold, the students just get more creative.

Mike Kanklefritz ’94 recounted the time during his tenure as a resident assistant in J. Alvin Brown Hall that several John Brown University students used plywood boards to close off one of the shower stalls, line it with plastic sheeting and turn it into a hot tub.

“It’s pretty disgusting when I think about it now,” said Kanklefritz.

Put two hundred men in a university residence hall and pranks and stunts are unavoidable. A residence hall that has been standing for 93 years becomes the stuff of legends.

This week 82 new students become part of the J. Alvin legacy as they move in to their upgraded suite-style rooms, just part of the $5.5 million renovation project completed in 15 months. They will be welcomed into the fold by the other 122 men who already call J. Alvin home.

Along with the floorplan and cosmetic changes, several energy-efficient upgrades were made to continue JBU’s zero landfill and green campus efforts, including double-paned low E windows, water-saving measures and a new white roof reflects heat. A new heating and air conditioning system was also installed that Steve Brankle, director of facilities services and sustainability, expects it to use half the energy of the old system.

Built in 1921, J. Alvin has seen several renovation projects and has grown from the original 44-room structure to now house over 200 men. A renovation in 1985 enclosed the U-shaped structure, turning the courtyard into a large atrium.

When a J. Alvin renovation came into view there was a choice to be made — demolish and start new or renovate.

Steve Beers, vice president of student development, said several factors weighed into the decision. A renovation would cost about half of a new structure and could be done in two phases, allowing for half of J. Alvin to still house students during renovations.

“But most importantly, we were able to retain the culture and some of the unique features of J. Alvin – namely the atrium,” said Beers.

The three-story atrium is the center and heart of the J. Alvin experience. It’s where the annual Christmas party, a tradition started in the 1960s, takes place — sometimes featuring live animals. In 1983, before the atrium was enclosed, students gathered around a large screen, braving the cold to watch the last episode of M*A*S*H. Now they gather to watch Monday Night Football or their favorite movies.

There are also the less sedentary activities — impromptu indoor soccer games or a competitive round of ping pong. Mark Gumm ’94 recalls the residents would sometimes pull out their rappelling gear and practice descending into the atrium from the third floor hallways.

Resident Director Eric Gingerich calls it a “healthy level of high-octane enthusiasm” and says it’s a key part of the culture of J. Alvin.

All that male energy has a brand new outlet this year with the installation of a two-story rock wall in the basement.

“As we worked on the plan for the J. Alvin remodel, we wanted to have some ‘wow’ elements. The climbing wall was a wild idea that fit well into an under-utilized space,” said André Broquard, director of residence life. “While it isn’t huge or a world-class facility it gives a place for students to fit a climb into their day or to practice their skills.”

Alumnus and former J. Alvin resident Lawson Hembree helped design and build the climbing wall and hopes it will introduce students to a new activity they might not have tried before.

The activities, pranks and traditions leave the men with lasting memories, but those are secondary to the lasting friendships created in what J. Alvin men refer to as “the brotherhood.”

“The energy and enthusiasm in J. Alvin transfers to building deep relationships. The men are genuinely interested in learning what it means to be a man of character and this community allows them to have conversations about life, work, relationships, belief and faith,” said Gingerich.

Junior Derek Stout heard stories about J. Alvin from his older brother Blake for two years before he came to JBU.

“The stories I heard about the bonds he made left me no other choice than J. Alvin,” said Stout. “The friendships will always be something that stick out to me when I look back at my time here at JBU. The new renovated rooms are very nice and clean, but those tangible items have no chance comparing to the bonds of these young gentlemen.”

With the arrival of a new freshman class, the brotherhood of J. Alvin grows, new pranks will be invented and new memories will be made.

“I’m so thankful that JBU decided to renovate J. Alvin, instead of bulldozing it and building new,” said Daniel Ostendorff ’07. “I appreciate the heart for stewardship it shows – not just of finances or material buildings, but also the stewardship of student’s experiences, memories and of the importance of a place that God has used to form and shape the lives of so many men.” 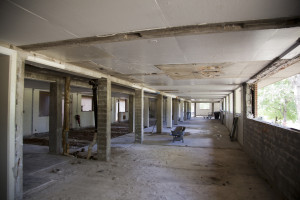 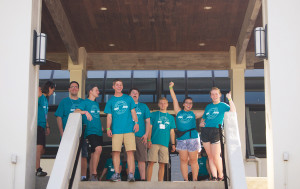