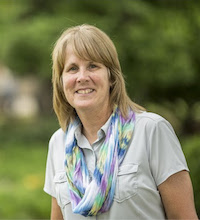 John Brown University is pleased to announce that JBU Director of Athletics Robyn Daugherty has been named the 2017-18 NAIA Under Armour Athletics Director of the Year (ADOY) by the National Association of Collegiate Directors of Athletics (NACDA). Daugherty will accept her award during the James J. Corbett Awards Luncheon at NACDA’s 53rd Annual Convention at the Gaylord National Resort and Convention Center in Washington, D.C. on Friday, June 29.

“I am very honored and humbled to receive this award,” Daugherty said. “This award really speaks to my team of coaches and support personnel who work tirelessly to represent our institution well as they coach and mentor our student-athletes. We all want to win, but more importantly we want our student-athletes to grow and be prepared for their future – to keep academics a priority, to graduate, to learn about the inner workings of successful teams for life after college and to grow as individuals.”

Since Daugherty became director of athletics in 2006, 152 JBU student-athletes have been named Daktronics-NAIA Scholar-Athletes, which recognizes juniors and seniors who have maintained a cumulative GPA of 3.5 or higher. In addition, JBU athletics has been recognized as a Champions of Character Five-Star Institution earning either a gold or silver-level nomination by the NAIA each of the 16 years the initiative has been awarded.

“Robyn is one of the main reasons for the success we have had, not only on the field and court, but also in our student-athletes’ success in the classroom with athletes recording the highest GPAs in the school history in the last couple of years,” Jeff Soderquist, JBU head women’s basketball coach said. “She has also built up one of the top coaching staffs in all the NAIA, empowering us as coaches to do our job and do it well. Robyn is so well deserving of this award.”

A 1985 graduate of JBU and member of the women’s volleyball team from 1982-1985, Daugherty coached the volleyball program from 1990 to 2010 before retiring from coaching to focus full time on her role as athletic director.

“Robyn, with the knowledge and understanding as a student, a coach and now an administrator, is able to build relationships and bridge barriers between them all to accomplish the best for JBU athletics,” Dr. Steve Beers, JBU vice president of student development, said. “She is characterized by integrity and fairness for all.”

“We have a unique opportunity to challenge, encourage and shape student-athletes to give 100 percent and become better people, community members and followers of Jesus Christ,” Daugherty said. “I am so thankful that JBU took a chance on me and gave me this opportunity to grow personally and professionally. JBU is a great place to work and I feel blessed each and every day to be a part of JBU and JBU Athletics.”

For 20 years, the ADOY program recognizes intercollegiate athletic directors who have shown significant contributions and administrative excellence at their institution over the course of the last year. The award annually honors 28 athletic directors, four from each of the seven divisions (NCAA FBS, FCS, Division I-AAA, II, III, NAIA/Other Four-Year Institutions and Junior/Community Colleges).