John Brown University students, faculty, staff and guests gathered for the official dedication of the Don G. Soderquist College of Business. Don Soderquist and his family were on hand for the dedication and unveiling of the plaque that will hang in the college entrance.
The Donald G. Soderquist College of Business at John Brown University is home to three business programs: undergraduate, graduate and degree completion. These programs provide Christ-centered business education that prepares people to honor God and serve others by developing their intellectual, spiritual and professional lives.
Soderquist spent more than 20 years as a leader at Walmart and became known as “the keeper of the culture” after the passing of Walmart founder Sam Walton. Soderquist served as chief operating officer and senior vice chairman during a period of exponential growth for Walmart, as the company became the largest in the world with sales of more than $200 billion. Soderquist served on the JBU board of trustees from 1982 until 2009, and served as the board’s chairman from 1991 until 2002. He is currently trustee emeriti. He was inducted into the Arkansas Business Hall of Fame in 2010. He is the founding executive of the Soderquist Center for Leadership and Ethics at John Brown University. 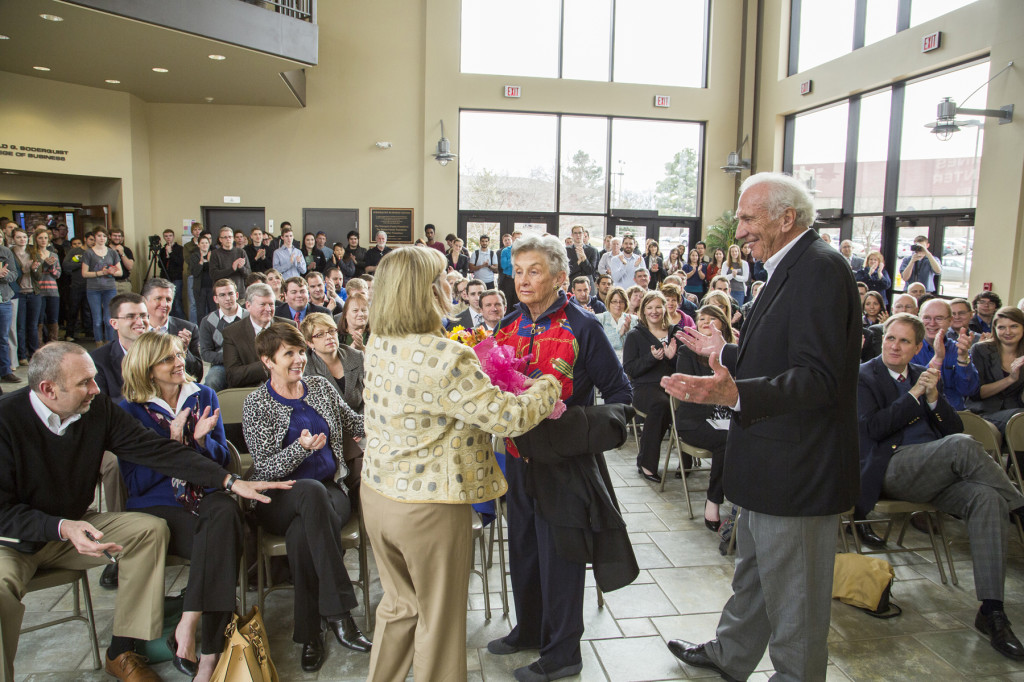