“Lecrae is not only an incredible performer and award-winning artist. He is uniquely focused on impacting the students he interacts with on this tour with the hope of the gospel,” said Danielle Keller, student activities director. “We are really excited to have him on campus.”

Lecrae’s 2014 album, Anomaly, debuted at #1 on the Billboard Top 200, Rap, Digital, Christian, Gospel, and Independent charts. His seven studio albums and two mixtapes have sold 1.7 million copies to date garnering him five Grammy Award nominations and two wins: Best Gospel Album in 2013 and Best Contemporary Christian Music Performance/Song in 2015. Lecrae has also won seven Dove Awards, a Billboard Music Award, two Soul Train Music Awards and a BET Hip Hop Awards nomination and has been praised by mainstream and hip-hop press alike with features in RollingStone, The New York Times, The Atlantic, The Huffington Post, Billboard Magazine, XXL Magazine and Vibe Magazine. When not on tour, Lecrae resides in Atlanta with his wife and three children.

“Our ambition for BLU Entertainment is to connect and grow JBU students and the community through entertainment,” said Candace Hayes, BLU student director. “Lecrae is redefining

mainstream culture and having him on campus will not only get students pumped about his music, but also inspire us to witness and share the gospel in our everyday lives.”

Concert tickets will go on sale on Friday, Jan. 15. VIP tickets (for early admission and access to a Q&A session) are $50; general admission are $25 in advance or $35 at the door; and JBU student tickets are $18. Purchasing information will be announce later this week on JBU’s website. For more information, contact BLU at blue@jbu.edu or 479-524-7404. 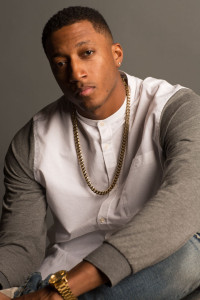