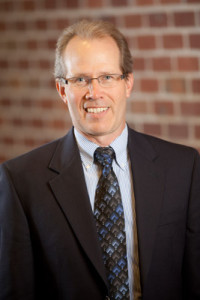 Dr. Joel Funk, assistant professor of biology at John Brown University, was awarded grant funding worth $265,000 as part of the Arkansas Network of Biomedical Research Excellence (INBRE) grant to continue his research on the Protein Kinase C (PKC) enzyme as it relates to the bacteria that can cause the rare disease Q fever.

According to the Center for Disease Control, the Coxiella burnetii bacterium is often present in cattle, sheep and goats and can be transmitted to humans during the birthing process, though the hardy bacterium can also be spread through wind and dust.

Funk, who was first awarded this grant in 2012, works in collaboration with Dr. Daniel Voth from the University of Arkansas for Medical Sciences (UAMS) to develop treatments. This new round of funding allows him to continue the research for another 2.5 years.

“We’re working on a specific aspect of that whole infection,” Funk said. “The experiments are conducted by growing cells in the laboratory and then infecting them with the bacteria provided by Dr. Voth.”

When the bacterium invades a cell, it sends out signals. PKC detects the signal and activates other proteins in the cell, which causes the bacteria to enlarge and replicate. The growing cell eventually pops open, exposing the bacteria to infect other cells.

Funk’s research will look at proteins that PKC activates to discover new ways to stop the replication of the bacteria.

“PKC is important for a lot of things in your cells,” said Luke DeYoung, a 2015 JBU biochemistry graduate and intern for Funk’s research project last summer. “If you completely shut it off for the sake of killing the bacteria, you may also kill the cell. We hope to eventually find a protein that the cell can survive without but the bacteria can’t. That could be a potential treatment.”

This level of detailed research helps scientists discover treatments with fewer side effects, Funk said. Funk and his team hopes that digging deeper can lead to other advancements in scientific research.

The grant creates summer research internships for JBU natural sciences students like DeYoung, who is now enrolled in UAMS at Little Rock. Students apply classroom concepts to supplement Funk’s research initiative, an experience that prepares them for medical school, graduate school and job or internship opportunities in their field.

“Undergraduate research is absolutely critical for students that want to get an in-depth hands-on experience,” said Dr. Brian Greuel, chair of the natural science division. “In terms of developing the skills for independent work in the laboratory, critical thinking, the ability to analyze data and design new experiments — this takes it to a whole new level.”

The Arkansas INBRE is funded by a grant from the National Institute for General Medical Sciences under the Institutional Development Award (IDeA) Program of the National Institutes of Health (NIH). The IDeA program was established to broaden the geographic distribution of NIH funding for biomedical and behavioral research.