The John Brown University Enactus team (formerly Students In Free Enterprise) took fourth place in the Semi-Final Round, placing them in the top 16 out of 207 teams at the annual Enactus National Competition held in Cincinnati, Ohio.

The team also placed third out of 25 competing teams in the Coca-Cola Foundation grant for their work with Heather Lanker of Heather Hill Clothing in Siloam Springs, Ark. The award includes a plaque, trophy and $3,000. The Uncap Opportunities for Women Project Partnership, supported by The Coca-Cola Foundation, gives U.S. Enactus teams the opportunity to empower women by collaborating with a community-based organization serving women or with a woman-owned small/niche business to evaluate areas of need and implement changes for improvement.

The JBU team also placed third of 100 competing teams in the Sam’s Club grant for their work with Mark Bray from Airship Coffee in Bentonville, Ark. The team was awarded a trophy and $3,000. The Sam’s Club Step Up for Small Business Project Partnership allows U.S. Enactus teams to strengthen a small business by improving business practices and setting them up for long-term success.

The JBU Enactus team committed time and resources to 12 projects; four focused internationally and eight in the Northwest Arkansas community, including work with local small businesses and non-profits, youth entrepreneurship education in area middle schools and waste reduction efforts on the JBU campus.

Enactus is an international organization that mobilizes university students around the world to make a difference in their communities while developing the skills to become socially-responsible business leaders. Enactus has active clubs on more than 1,600 college and university campuses, involving over 62,000 students (representing 38 countries). 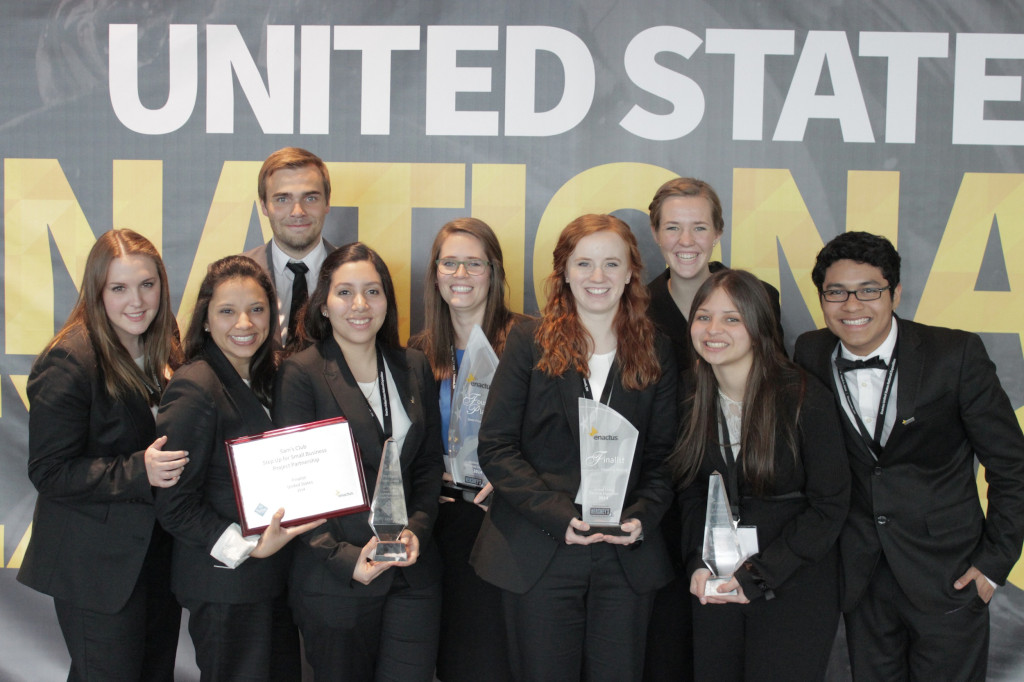