Less than two years after the original Edwards Commons was destroyed by fire, a new campus center bearing the same name is ready for the fall term at Lyon College. The first meal was served in the new dining hall Aug. 13.

Construction on the new 44,000-square-foot building began in October 2011. The top floor, which houses the dining hall, kitchen and The Scot Shop, is virtually complete. Finishing touches are being made to the lower level, which houses the Bistro, game room and student life offices.

A ribbon cutting and rededication of the new center will be held Oct. 19 immediately following the annual Founders’ Day Convocation at 11 a.m. in Brown Chapel. Former Lyon President John Griffith, who served from 1989 to 1997, will deliver the keynote address at the convocation.

Lyon College President Dr. Donald Weatherman said the campus hasn’t been the same without the place that was affectionately known as “Eds.” With the completion of the new student center and dining hall, the “heart” of the campus has been restored, he said. Students will once again have a central location to gather, eat, study, play games and hang out.

The loss of Edwards Commons left students eating meals in the Small Gym portion of Becknell Gymnasium before moving last fall to a 270-seat temporary dining facility known as The Temp. The new dining hall will seat 350.

The student programming space includes Maxfield Room, where music can be performed and movies shown. The room is named for the Maxfield family of Batesville. Two Maxfields, Charles and Mary, were in the first graduating class at what wasthen Arkansas College in 1876. Theo Maxfield was a college trustee and president of Maxfield Bank & Trust Co. in Batesville.

A fire destroyed the original Edwards Commons in October 2010. The building had been a staple of the Lyon College community since the late 1970s, but the dining hall portion of Eds was completed in 1983. Dr. Weatherman said he ate one of the first meals served in Eds and one of the last meals the day of the fire.

Edwards Commons was named for the late John W. and Lucille Welman Edwards of Batesville. Mr. Edwards was a former trustee and a banker who had given the largest gift for the dining hall project and the largest ever by a Batesville resident.

“I believe the Board of Trustee’s decision to keep theEdwards name on the campus center is very fitting,” he said. “John Edwards and his family were very strong supporters of the College and I am pleased their name will still be featured on this prominent building on campus.”

Funding for the $9.6 million project came from insurance proceeds from the Edwards Commons fire and from donations.

The remodeled building used as a temporary dining facility, The Temp, will once again house the Scottish Heritage Program and a fine arts studio. A portion of the building may be used for meeting space in the future. 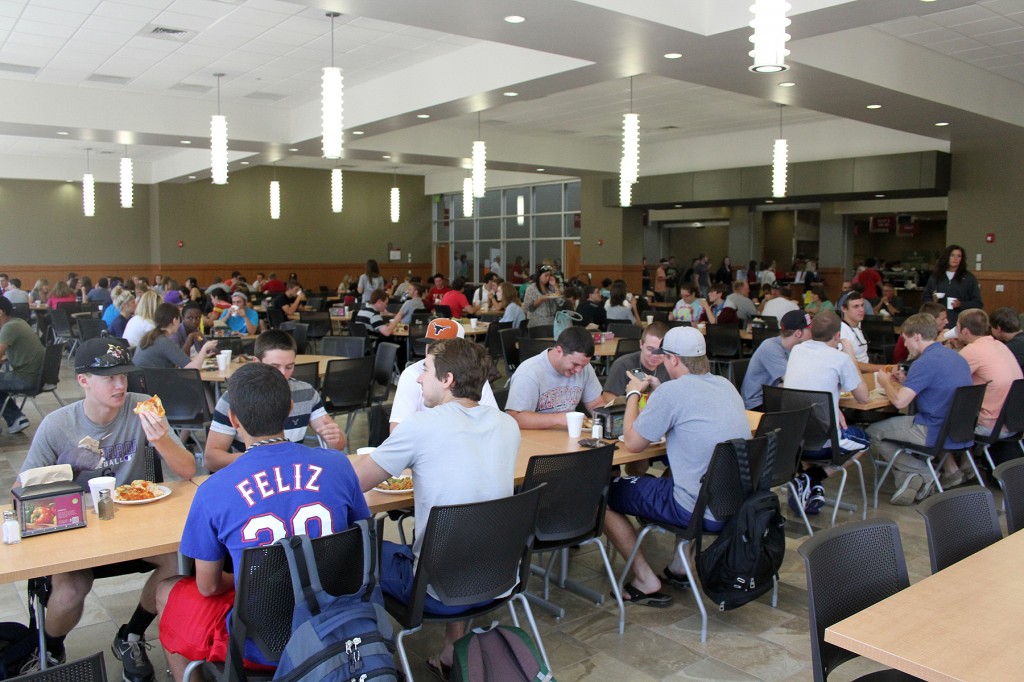