Jon Vestal has been hired as the new vice president for institutional advancement at Lyon College.

Vestal will begin the position Feb. 3, 2013. His duties will include securing philanthropic gifts, aligning all institutional advancement activities with the college’s mission and strategic priorities and working with the public to improve the college’s profile.

He said he plans to work with trustees, alumni, and friends to exceed fundraising goals and strengthen connections throughout the college’s broad constituency. Vestal said he also hopes to carry the message of the college to expanded audiences both regionally and nationally.

Vestal received a bachelor’s of science degree in finance from the University of Central Missouri and his master’s in business administration from Missouri Baptist University.

“We all look forward to having Mr. Vestal join us at Lyon,” said Lyon College President Dr. Donald Weatherman. “He will add considerable energy and a fresh perspective to both the advancement and marketing efforts of the college.”

Vestal and his wife Maegan have two children, Mackenzie, 6, and Jackson, 2.

Vestal said he is looking forward to meeting the people who make Lyon what it is.

“I am excited to immerse myself into the rich culture and history of Lyon College, especially our Scottish heritage program,” he said.

“Lyon College has a heritage of success and strong reputation of academic excellence,” Vestal said. “I believe, under Dr. Weatherman’s leadership, the best days are ahead. I look forward to partnering with my staff and fellow cabinet members in further strategic advancements.” 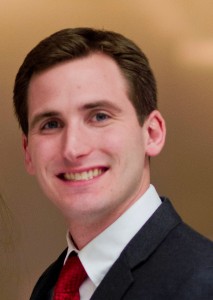