Raymond Munger Memorial Chapel at University of the Ozarks will benefit from a variety of renovations and improvements over the next year-and-half thanks to a $2 million gift to the University by Frances E. Wilson of Tulsa, Okla.

The University’s Board of Trustees formally accepted the gift at its Spring Board Meeting on Saturday, April 26.

Wilson made the gift to the University in memory of her late husband, Thomas D. Wilson. In accepting the gift, the board unanimously voted to express its appreciation to Wilson by re-naming the building Munger-Wilson Memorial Chapel.

The gift actually contains two components, the first being the funding for immediate renovations. Another portion of the donation has been set aside to create the Thomas D. and Frances E. Wilson Chapel Endowment Fund. The annual distributions from this fund will be used to maintain and update the Chapel over time.

In making her gift to the University, Wilson said, “When I became aware of the important needs in the chapel it just struck me that this was the perfect way for me to achieve many things that are important to me. It is my hope that I have appropriately memorialized my husband, Tommy, that I have helped strengthen the spiritual lives of students, and that I have honored God in a fitting way.”

The University’s board resolution accepting the gift specifically stated: “The University honors the memory of Raymond Munger and honors the Munger Family that provided the resources that enabled the Chapel to be built in 1932, and honors the generosity and memory of Thomas D. and Frances E. Wilson who have made the gift herein described to ensure the integrity and high quality of this landmark place of Christian worship and learning from this date forward.”

According to Steve Edmisten, special assistant to the president at Ozarks, the Chapel was originally built in 1932 and dedicated in 1933. “It was built with the help of Ozarks students, and is, of course, the spiritual heart of our campus,” Edmisten said.

He added, “The sanctuary seats 600 to 700 congregants in beautiful hardwood pews, beneath a vaulted ceiling rising high above, upheld by flying buttresses with detailed wood carvings. There are stained-glass windows throughout, with the most magnificent being above the chancel area, behind the pulpit and lectern. The setting sun shining through those windows is particularly inspiring, and when our university organist is playing our world-class Reuter pipe-organ, the effect is exactly what was intended – deeply, movingly, spiritual.”

Edmisten said that funds from the gift will be used for many improvements, the most noticeable being in the lower level of the Chapel where student meeting and fellowship areas will undergo a “fairly dramatic” facelift. He said that, “less noticeable, but very important improvements will be made to the building’s infrastructure, including electrical, mechanical, plumbing and audio/visual elements. The sanctuary and exterior of the Chapel will undergo a great deal of restoration and replacement of structural elements to preserve the historic look and spiritual feel of what is an iconic landmark in this area.”

Founded in 1834 by Cumberland Presbyterians in Cane Hill, Ark., University of the Ozarks will mark the 180th anniversary of its founding in October 2014. The private, undergraduate University has been ranked a top tier college by U.S. News & World Report for 16 consecutive years. 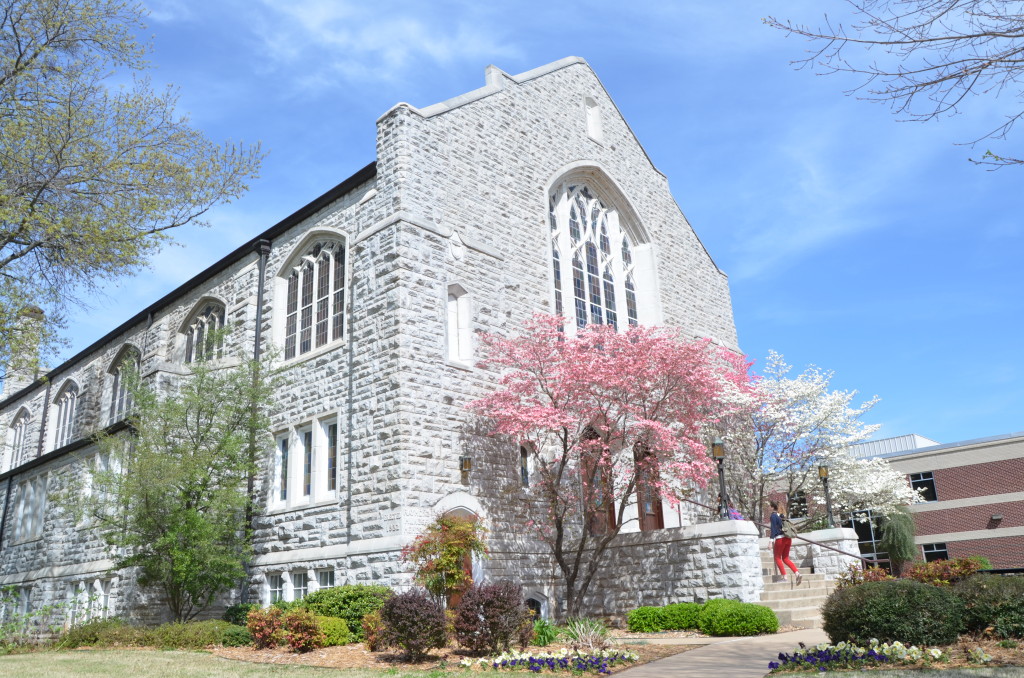