Former U of O professor to give Jan. 30 lecture on women’s rights issues in Middle East

Dr. Gwenn Meredith, a former history professor at University of the Ozarks and a leading expert on women’s rights in the Middle East, will speak at U of O on Thursday, Jan. 30, as part of the 2013-14 Walton Arts & Ideas Series.

The event, which kicks off the Walton Series’ 2014 Spring Semester schedule, will begin at 7 p.m. in the Rogers Conference Center. The event is free and the public is invited to attend.

Meredith, who taught at Ozarks from 2002-2004, has spent most of the past 10 years living in the Middle East, including several years in Egypt as a professor at the American University in Cairo and at the United Arab Emirates University.

During her years in the Middle East, Meredith has developed a portfolio relating to issues of women’s rights in the Middle East, with particular emphasis on the Arab Spring and how it has and still is affecting women. While in Egypt, she and many of her students became involved in the complexities surrounding Egypt’s street girls. It is the plight of these girls in addition to the reality of the Arab Spring and how it affects the rights of women which forms the foundation of her public discussions.

Over the years, Meredith has developed several courses, written articles, and completed a book on the subject of street girls in Egypt. Her 2013 book, “Il Binait Dol: Egypt’s Hidden Shame,” examines the situation in which Egypt’s street girls are forced to live. The book addresses insights and conditions which many women confront in Arab countries.

“These street girls are the victims of domestic abuse, rape, and violence, in and out of the home,” Meredith said. “They are deposited on Egypt’s streets to live a frightened and anonymous existence of shame, rape, sodomy, and drugs. But their worst nightmares are only beginning. Police round them up, give them a police record, and deposit those they catch into what is known as an Islahaya, a place ‘to fix.’ How many girls end up like this in Egypt remains unknown, no one cares enough to investigate, and the government, past and present do not wish to know the fate of these girls.” 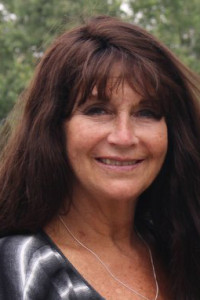