Soccer icon Brandi Chastain to speak at U of O on Sept. 11

The University of the Ozarks’ annual Walton Arts & Ideas Series will kick off its 2016-17 season with a presentation by two-time women’s soccer World Cup champion Brandi Chastain on Sunday, Sept. 11.

Chastain will speak at 7 p.m. in the Walton Fine Arts Center on the Ozarks campus. The event, which will include an opportunity for autographs and photos with Chastain, is free and open to the public.

The former U.S. women’s national soccer team standout and professional player, Chastain is one of the most recognizable female athletes of the past two decades. She gained world-wide fame in 1999 with her bra-baring celebration after scoring the game-winning penalty kick against China in the FIFA Women’s World Cup final. Photographs of her celebration were featured on the covers of Newsweek and Sports Illustrated and the event also landed her on the cover of Time. The image of her celebration has been considered one of the more famous photographs of a woman celebrating an athletic victory.

Chastain was a collegiate standout at Santa Clara University who was named national player of the year in 1990. She went on to help the U.S. National team win two World Cup championships and two Olympic gold medals.

Following her professional career, she appeared in an HBO documentary, as a broadcaster with the ABC/ESPN coverage of Major League Soccer, and as analyst for NBC Sports. In 2004, she authored the book, “It’s Not About the Bra,” which advocates kids having fun with sports.

Chastain has also been a strong advocate for nonprofits and charities. She recently pledged to donate her brain to science for Chronic Traumatic Encephalopathy (CTE) research and she has been involved in a campaign to educate others about Crohn’s disease, colitis and other inflammatory bowel diseases (IBD). Chastain’s son, Jaden, has been diagnosed with Crohn’s.

The Walton Arts & Ideas Series is made possible through an endowment by the Walton Family Charitable Support Foundation. The theme for this year’s series is The Power of Sport.

For more information, please contact the office of Public relations at 979-1433. 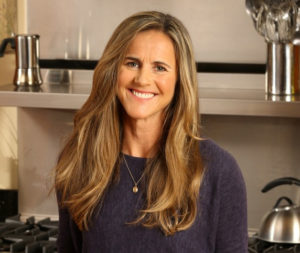