U of O receives $1.25 million from Hicks estate for mathematics professorship, operations

University of the Ozarks has received a $1.25 million gift from the estate of Virginia Rose Hicks to create a mathematics professorship endowment and to support university operations.

Hicks, a long-time engineer with Sun Oil Company in Oklahoma, died on Dec. 12, 2014 in Fayetteville, Ark., at the age of 88. A life-long friend of former Ozarks alumnus and board member, Dr. Alvin Broyles, Hicks was a supporter of the university since the early 1990s.

Approximately $1 million of Hicks’ bequest will be used to establish the Julia Anne and Virginia Rose Hicks Mathematics Professorship Endowment. Julia Anne Hicks was Virginia’s sister who died on Aug. 10, 2011, in Fayetteville.

The remainder of Hicks’ gift will go to fund the Clayton G. Russell Memorial Endowment. Named for her uncle, the endowment is used to support university operations.

University of the Ozarks President Richard L. Dunsworth said that Hicks had a passion for mathematics. Not only did she have an engineering background, but her sister, Julia, was also an engineer at Sun Oil as well as a former university mathematics instructor.

“This gift honors Ms. Hicks’ love of mathematics and education as well as her commitment to University of the Ozarks and her students,” said Dunsworth. “This gift will help strengthen and enhance our mathematics program and ensure that Ms. Hicks’ legacy will support generations of mathematicians to come.”

The Hicks bequest is the third major gift the university has announced in the past four months. In November, Ozarks announced that Dr. Helen McElree of Fayetteville had made a $2 million commitment for faculty enrichment. In December, the university announced that it had received a $740,000 bequest from the estate of Virginia L. King of Fayetteville to aid study abroad and international program opportunities for Ozarks students.

“I continue to be incredibly moved by the passion and generosity of the supporters of this university,” Dunsworth said. “Ms. Hicks’ gift is another shining example of the love and commitment that our supporters have for this university and for its mission of providing a truly well-rounded and accessible college education to students from diverse backgrounds.” 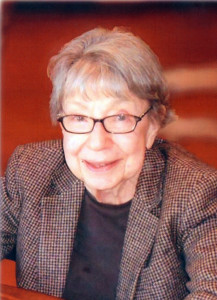