U of O Spring Commencement scheduled for May 14

University of the Ozarks will award bachelor degrees to 86 graduating seniors during its 2016 Spring Commencement ceremony, scheduled for 10:30 a.m., Saturday, May 14, on the campus mall.

A Baccalaureate Service will begin the day’s activities at 9 a.m. in Munger-Wilson Chapel. There will be a reception for graduates and their families and guests in the Rogers Conference Center following the Commencement ceremony.

The Commencement speaker will be U of O alumna Susan Smith Epperson ’62 of Larkspur, Colo. The daughter of former long-time Ozarks professor and administrator Thomas L. “Prof” Smith, Epperson teaches preparatory chemistry and non-majors biology at the University of Colorado in Colorado Springs.

After graduating from Ozarks, Epperson went on to earn a master’s degree in zoology from the University of Illinois in 1964 before beginning her teaching career in 10th grade biology at Little Rock Central High School. At the request of another Ozarks graduate, Forrest Rozzell, she became the plaintiff in a lawsuit to challenge the constitutionality of the 1928 Arkansas statute which forbade the teaching of evolution in Arkansas public schools. The case went through two courts before the United States Supreme Court ruled in November of 1968 that the Arkansas law was unconstitutional and void.

Susan and Jon Epperson were married in 1965 and have two children. Elaine has her Ph.D. in molecular biology and does research on the bacteria that cause tuberculosis at the National Jewish Hospital in Denver. She is married with two children. Their son Mark has a master’s of Divinity degree from Fuller Seminary in California and, after 15 years of college ministry at First Presbyterian Church in Colorado Springs, he now lives in New York and is pursuing singing and acting.

Jon is retired from the Air Force after teaching mathematics at the United States Air Force Academy for several years. Susan and Jon both sing in the choir at First Presbyterian Church in Colorado Springs. 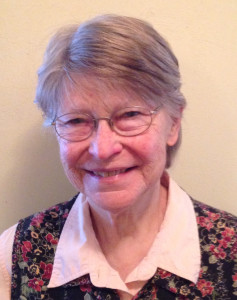