University of the Ozarks officials unveiled a new logo at a ceremony during Alumni Weekend 2016 on Friday, April 15, in the Robson Library. The new identity is part of an ongoing rebranding effort by the university and will be implemented across campus and the community over the course of the next three months.

During the ceremony university officials also provided a sneak peek of a new athletic logo and identity concept for its athletic teams under the current Eagles moniker. The athletic identity concept will be further developed and rolled out this coming fall.

“At University of the Ozarks we have a tradition of strong educational and spiritual values, of breaking down barriers and blazing new trails so that all students have the opportunity to receive an excellent education” said U of O President Richard Dunsworth. “These values have been a part our mission and the essence of our university from the start. We felt it was time to take a step back and look at how our university presents itself and ensure the values and attributes that define this institution are evident given the changing landscape of higher education and beyond.”

The university’s rebranding effort is being led by Jump Company, a St. Louis-based advertising firm.

“In working on the evolution of University of the Ozarks’ core identity, we were inspired by the university’s commitment to their mission,” Jump Company Managing Partner Jon Tiede said. “That is why the strategy going into the project was two-fold. Maintain a sense of their distinctive tradition and history while also developing a strong, contemporary mark that represents the university’s progressive nature and where they are headed.”

The new University of the Ozarks mark incorporates the distinctive trio of arches—accentuating the unique element through design and color. The arches were designed in the early 1970s by then Ozarks art professor Lyle Ward and were inspired by the windows of Munger-Wilson Memorial Chapel. They are a symbol of University of the Ozarks’ core values of self-discovery, spirituality and regional pride.

While the new university logo maintains aspects of the original mark, the new identity utilizes a shield/crest to convey the strength that comes from the institution’s education and spiritual values. In addition, the color palette, typestyle and design of the logo has been evolved to connote key aspects of the Ozarks’ brand—strength, heritage, progress and exploration.

The new university logo family also includes variations that incorporate where the university is located (Clarksville, Arkansas) and the year it was established (1834).

“This is an exciting time for University of the Ozarks,” Dunsworth said. “Taken as a whole, our logo identity, through name, design and color is an expression of where we have come from, who we are and our future together as a community and as an institution of higher education.” 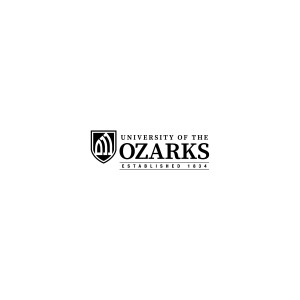 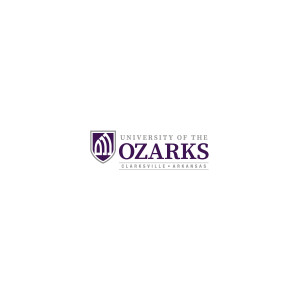