After 21 years as academic dean at Williams Baptist College, Dr. Kenneth Startup says he wants to return to his first love, which is the classroom. Startup has announced that he will retire as dean at the end of this school year and return to teaching history full time, as well as directing WBC’s new academic honors program.

The college also announced that Dr. Brad Baine, who is currently chair of the Williams Teacher Education Program at WBC, will succeed Startup as dean and vice president for academic affairs.

“Dr. Startup has been a close friend, an advisor, and an effective administrator. His integrity is impeccable and his commitment to the Lord and the work of this institution cannot be matched by anyone,” said Dr. Tom Jones, WBC’s president.

Startup has been with WBC since he joined the history faculty in 1983. His expansive knowledge and passionate teaching style quickly made him a favorite with students. He ascended to the job of academic dean and VPAA in 1995.

Startup initially announced plans to retire and return to the classroom in 2012, but he eventually agreed to continue in his administrative role. Now, he says the time is right to make the transition back to teaching.

“It’s been an honor to serve as VPAA at an institution with such a rich and vibrant academic culture. My 21 years in this position have passed by very quickly,” Startup commented.

“I’ve certainly been privileged to work with outstanding faculty and administrative peers and a truly remarkable staff. The opportunity to return to the classroom and serve as coordinator of our new academic honors program really fills me with excitement and a sense of gratitude.”

Williams is currently completing plans for an honors program for students who excel academically. In his new role, Startup will guide the launch of the honors program and oversee its implementation.

Baine has been appointed assistant vice president for academic affairs, a title he will hold until he becomes dean and VPAA in May. He will work with Startup in the meantime to learn more about the academic dean’s office and how it functions.

“For 75 years, Williams Baptist College has been providing superior liberal arts education for its students. I have been blessed to receive my undergraduate education from scholarly professors at WBC, as well as the opportunity to serve as a faculty member alongside elite professors and staff at Williams,” Baine said.

“Williams is a Christian institution that prepares its graduates to perform with excellence, as Christ-centered professionals in their respective fields. I am excited and honored to serve as the associate vice president for academic affairs, as we continue the tradition of providing a superior liberal arts education and shaping the lives of our students.”

Baine is a WBC graduate who also holds a master’s degree from Arkansas State University and a Ph.D. from the University of Arkansas. A Greene County native, he has served on the Williams faculty since 2004, most recently as the LaDelle Moody Professor of Education and chair of the college’s successful teacher education program.

He is a member of the Greene County Tech school board, and he is a deacon at West View Baptist Church in Paragould. He and his wife, Meredith, live in Paragould, and they have two sons.

“Dr. Baine has the academic credentials, the classroom experience, the community involvement, and the political experience needed to effectively accomplish the role of an academic dean. He is well respected among higher education professionals within Arkansas and well known among key civic and public officials in our state,” said Jones.

The transitions were approved during a regularly scheduled meeting of the WBC Board of Trustees on Dec. 4. 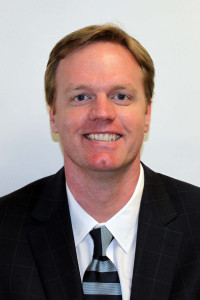 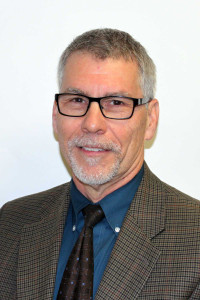