Williams Baptist College’s Vaughn Lecture Series will host Dr. Nancy Hendricks as she gives her presentation on Sen. Hattie Caraway. The lectureship is slated for Tuesday, April 25, beginning at 7:00 p.m., in the Manley Chapel.

Hendricks is an award-winning author whose book Senator Hattie Caraway: An Arkansas Legacy takes a fresh look at Arkansan Hattie Caraway, the first woman elected to the U.S. Senate. In 2015, it was named by Cosmopolitan magazine as one of the “Twenty Political Books Every Woman Should Read.”

Hendricks holds a doctorate in education along with degrees in English and theatre. Before becoming a full-time professional writer, she was director of alumni communications at Arkansas State University, where she also taught English.

Hendricks can be seen in her signature role as Caraway in the film Hattie Caraway: The Silent Woman, which has been shown on AETN.

The Vaughn Lectureship is presented at Williams through an endowment by the late Jim and Wanda Lee Vaughn of Delaplaine. Both believed lecture series are important in the education of students, especially in areas of the humanities.

The public is invited and there is no charge to attend. 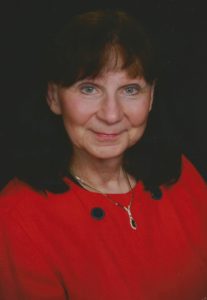