Moriah Hendrix and Terry Flowers are the 2014 recipients of the Williams Baptist College Founders Awards. Hendrix is from Cherokee Village, Ark., and Flowers is from Jonesboro, Ark. WBC president Dr. Tom Jones presented the awards at the college’s annual graduates luncheon on Friday, May 2.

Founders Award winners are selected from each graduating class at Williams. Recipients are chosen by a vote of the faculty and administration as outstanding representatives of the college and its ideals. Hendrix and Flowers graduated Saturday during WBC’s commencement ceremony.

Hendrix, who majored in English, is the daughter of Kevin and Michelle Hendrix.

“When I think of Moriah, I think of Christian commitment,” said Dr. Bob Magee, director of the Williams Singers and chair of the department of music. “Moriah is a mature young woman who possesses an admirable character, a quiet reserve of strength and a level of maturity and sense of responsibility you see in persons mucholder. She is the kind of student that makes teaching so enjoyable and rewarding.”

Flowers, who was an English education major, is the son of Wanda Flowers.

“Terry’s work ethic in and out of the classroom is exemplary. For the past four years, he has understood and embraced Williams’ holistic approach to education by maturing in his Christian faith and conducting himself with utmost integrity and trustworthiness. He clearly reflects the ideals and principles of WBC and is most deserving of this highest award,” noted Susan Watson, dean of students at Williams.

WBC is a four-year, liberal arts college at Walnut Ridge. 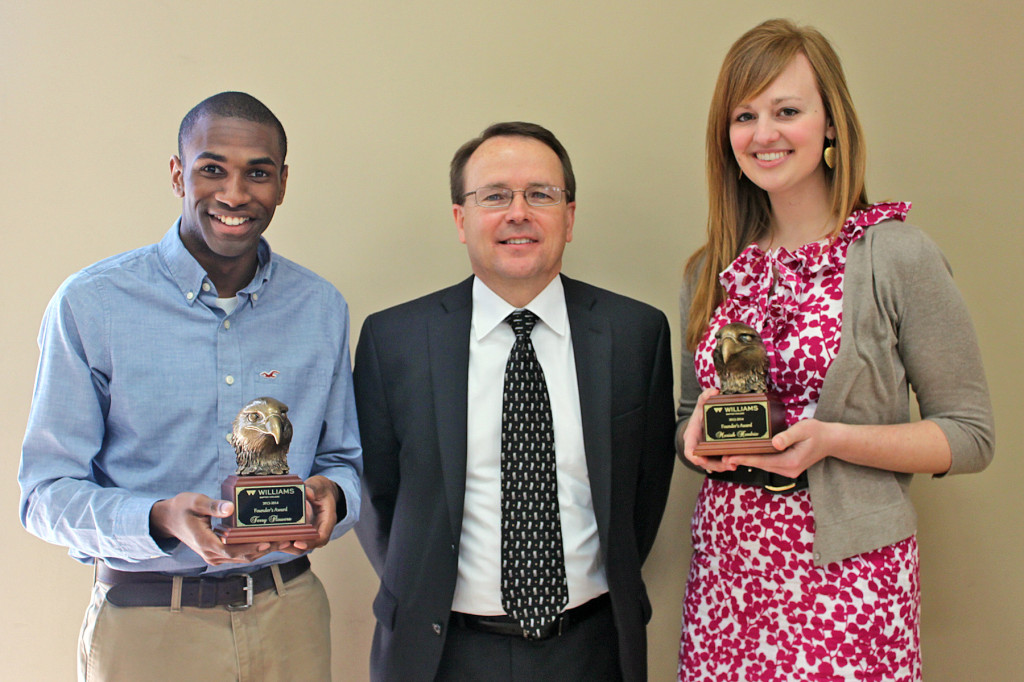