Historical Chapel to be Named for Startup

As Williams Baptist College becomes Williams Baptist University, one of its most prominent buildings will also take on a new name. The historic, World War II era chapel at Williams is to be named for longtime professor and administrator Dr. Kenneth Startup. 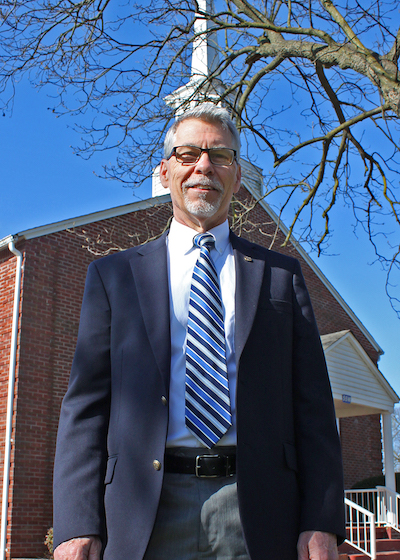 Startup is retiring after 35 years at Williams, where he served as history professor and academic dean before rounding out his tenure as the interim president. The university’s Board of Trustees recently voted to name the chapel in his honor.

“It is an understatement when I say how grateful I am to have my name associated with this historic structure. It is a humbling recognition, something I could never have imagined,” Startup commented.

The chapel dates back to the Walnut Ridge Army Flying School, which became the site of the Williams campus after World War II. In recent years, the structure had been dubbed the Old Chapel.

“Over the years, I’ve developed a deep, profound appreciation for the dramatic and inspiring history of Williams. The Old Chapel has been at the very heart of much of that story. And, of course, the history of the Old Chapel stretches back to days of the flying school and reminds us of that extraordinary generation,” Startup said.

Startup was a popular and passionate professor of history at Williams, known especially for his Civil War classes. He also wrote the official history of the university, “The Splendid Work,” in 1991.

“It seems only appropriate that the man who wrote the definitive history of this institution is now firmly established in its history himself. Dr. Startup’s legacy as a riveting professor and a steadfast administrator merits the recognition of generations still to come at Williams, and this beautiful, historic chapel is a very fitting place to bear his name,” said Dr. Stan Norman, president of Williams.

The Startup Chapel will be officially dedicated at WBU in coming months.

Williams is a liberal arts university in Walnut Ridge. It will formally become Williams Baptist University this summer.