Dr. Stan Norman has been officially installed as the seventh president of Williams Baptist University.  The inauguration ceremony was held Friday morning, Sept. 28, before a packed house in WBU’s Manley Chapel.  The crowd included state and denominational dignitaries, as well as representatives from a number of other colleges and universities. 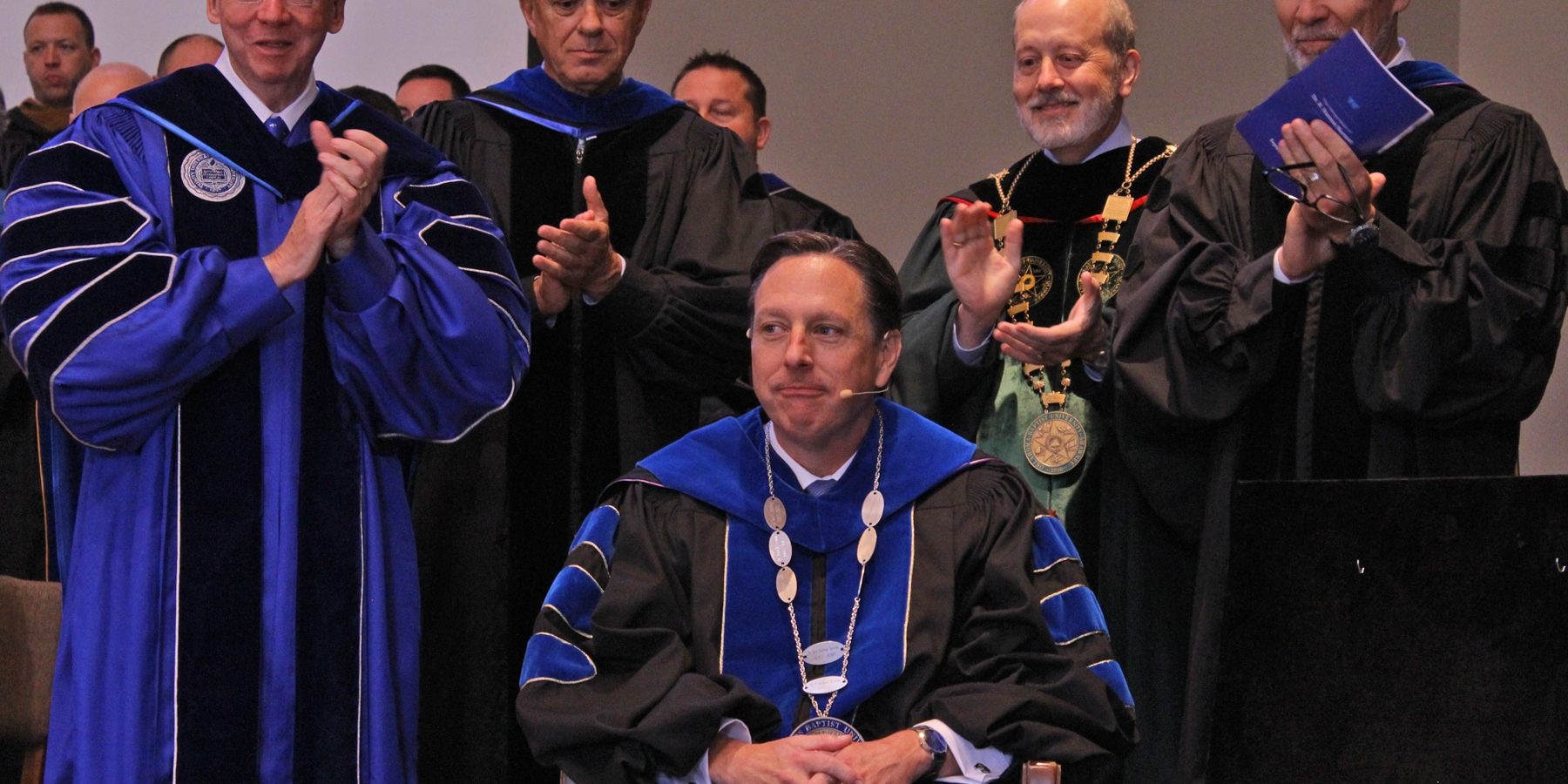 J.R. Cox of Walnut Ridge, chair of WBU’s Board of Trustees, performed the investiture and then placed the school’s presidential medallion on Norman.

“We entrust to you the task of leading this institution, under God’s divine providence, to be of ever greater service to its students, to the world, and ultimately to Christ’s Kingdom.  As you assume these responsibilities, we pray that God’s blessings will be upon you; that He will grant you wisdom, strength, and courage, and that He will anoint you with vision and leadership as you faithfully and obediently walk with Him,” Cox said. 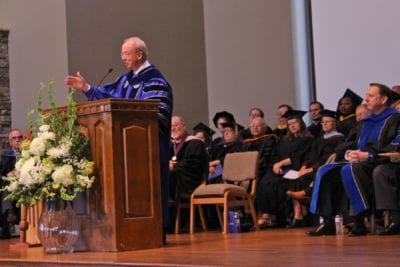 The main speaker for the ceremony was Dr. David Dockery, president of Trinity International University and former president of Union University.  Dockery has been a longtime mentor to Norman and nominated him for the presidency at Williams.

In presenting his presidential charge to Norman, Dockery noted, “I truly believe that exploring every aspect of the life within the Williams community from the vantage point of the Christian faith and the Baptist heritage will both shape and sharpen your focus. We pray that you will be able to do so while relating to one another in love, humility, and unity, bringing new life and renewed hope to the Williams Baptist University family in the days ahead.”

Presenting his response, Norman outlined his vision for Williams.  “What we do here at WBU makes a difference; what we do here matters.  Grounded upon the historical vision and founding purpose of this school, I want to cast anew a vision for Christian higher education that renews minds, transforms lives, and changes the world,” he said.

The WBU president told the audience that the need for Christian universities is greater now than it has ever been.

“We must understand the mission of Christian higher education in terms of gospel good and kingdom influence upon our families, our communities, our churches, our culture, our nation, and even our world.  Our mandate is to be faithful followers of Jesus who embrace the mission of renewing minds in such a way that God transforms our lives and, in so doing, we become a people used by God to change the world.” 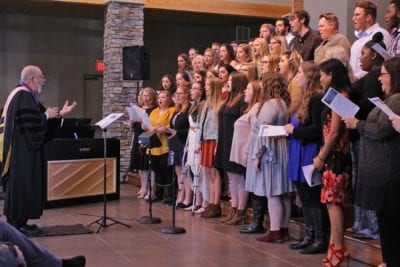 Also having a role in the ceremony were Dr. Gene Fant, president of North Greenville University in South Carolina, Dr. David Whitlock, president of Oklahoma Baptist University, and Dr. Kenneth Startup, professor emeritus at WBU, who served as academic dean and interim president at the university.

The ceremony also featured performances by the WBU Band and an Inauguration Choir, which was composed of current members of the Williams Singers and a number of WBU alumni.

Norman came to Williams as president in April, having served the previous nine years as provost and executive vice president at Oklahoma Baptist University.  He has more than 20 years of experience in Baptist higher education

WBU is a private, Christian university in Walnut Ridge.  It is owned and operated by the Arkansas Baptist State Convention.