Dr. Blake Perkins, assistant professor of history at Williams Baptist College, has contributed to a book on the impact of World War I in Arkansas.  Perkins’ essay, “Persuading Arkansas for War: Propaganda and Homefront Mobilization during the First World War,” is included in the book “To Can the Kaiser: Arkansas and the Great War,” which marks the centennial remembrance of World War I.

To Can the Kaiser features essays written by eleven historians, including Perkins, on many facets of Arkansas’s wartime experience. Perkins’s essay examines how public officials and private organizers in Arkansas mobilized an initially reluctant population for the American war effort, as well as the short- and long-term impacts of these patriotic campaigns.

Perkins says understanding how propagandists and homefront mobilizers “adapted their messages and movements to familiar social traditions and southern cultural norms” is imperative for explaining the major successes of these campaigns in Arkansas, even though not all Arkansas were convinced.

“To Can the Kaiser” was edited by Michael Polston and Guy Lancaster of the online Encyclopedia of Arkansas History and Culture and was released in 2015 by Butler Center Books, the publishing division of the Butler Center for Arkansas Studies in Little Rock. 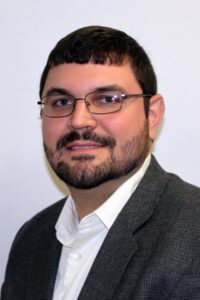