Tuition will hold steady at Williams Baptist College next year, following action Friday by the WBC Board of Trustees. Meeting in regular session, the board voted to forego any tuition increase for the 2017-18 school year.

“We understand that families struggle to pay for college, so we are very pleased to be able to hold the line on tuition for next year,” said WBC President Tom Jones. “Williams provides an outstanding education and yet remains one of the most affordable Christian colleges in the nation. It is a great value in higher education.”

While tuition remains the same, room & board at WBC will increase slightly next year. The board voted to raise room & board by three percent, which will be about $100 per semester, to cover the college’s own increased costs in those areas.

J.R. Cox of Walnut Ridge is the new chair of the WBC board. Trustees elected their new officers, with Cox to serve as chairman, Melvin York of Des Arc as vice chair and Jim Hale of Hot Springs as secretary.

Cox replaces James Miller of Melbourne, who has served as board chair for the past three years. Miller’s term on the board is ending this fall.

Williams is owned and operated by the Arkansas Baptist State Convention, which appoints trustees at the college. Trustees can serve for a maximum of six years before rotating off the board.

The board also approved this year’s audit report. Auditor Lisa Stephens told trustees that WBC is in strong shape financially, and she commended the college’s leadership for being fiscally responsible and displaying good stewardship of its resources.

Williams is a four-year, liberal arts college in Walnut Ridge. 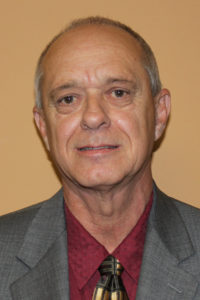