Over the summer, Dr. Josh Richards, assistant professor of English at Williams Baptist College, traveled to Aberdeen, Scotland, for the George MacDonald’s Scotland Conference.  Richards wrote and presented a paper entitled “Neoplatonism and the Incarnation in George MacDonald’s ‘Unspoken Sermons’” at the gathering.

“The paper was quite well received.  George MacDonald is a major Scottish author of the 19th century, particularly in fantasy and children’s literature, and the most important influence on C. S. Lewis. In my paper, I bring his works, including some unusual texts, into my classes from Composition to Adolescent Literature,” explained Richards.

Conference attendees noted that Richards was captivating and presented with an “entertaining, enjoyable, and very interesting” talk on neoplatonism in MacDonald’s “Unspoken Sermons.”

“My trip included a dinner with noted author Jane Yolen,” Richards added.  “We read her work in Adolescent Literature, and it was a privilege to meet her and pick her brain on the topic, which I hope to use the next time I teach the course”. 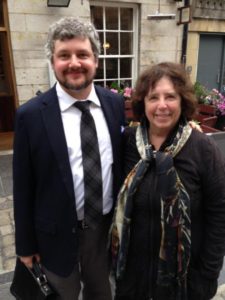 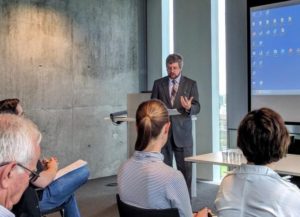