Dr. RoseMary Weaver, who implemented the widely respected teacher education program at Williams Baptist College, is returning to Williams as the dean of graduate and online programs.

In the newly created role, Weaver will guide the launch of WBC’s first master’s degree, a Master of Arts in Teaching, as well as an online bachelor’s degree in criminal justice.

“The decision to offer the Master of Arts in Teaching (MAT) is the result of research and data as well as the demands expressed through interest and inquiry,” Weaver said.  “The MAT will be the answer for individuals who have a bachelor’s degree in a content area but now want to become licensed to enter the teaching profession.”

Weaver was the first chair of the Williams Teacher Education Program in the 1990s and guided WBC in beginning its Bachelor of Science in Education degree.  Since then, WTEP has earned wide respect across the region as it has prepared teachers in eight education majors.

After leaving WBC, Weaver served as curriculum coordinator for the Pocahontas School District, but she agreed to return to Williams starting this summer in order to help launch its graduate and online programs.

“During the last two decades, the Williams Teacher Education Program has influenced thousands of students and enriched the lives of countless individuals,” she said.  “For this reason, I am honored to return to begin yet another new work, the online programs at Williams.”

Weaver also noted that the online program in criminal justice will be a degree completion program for individuals who want to advance in the field of law enforcement.

“There are myriad opportunities in this field.  Employment opportunities range from local, state and national social and legal services to private and corporate protective and security services and even training and mentoring other law enforcement officers,” Weaver said.

Dr. Brad Baine, academic dean at WBC, said the MAT and criminal justice programs will be reviewed by state and national accrediting agencies in coming months.  He said the college hopes to receive approval later this year and begin offering both degrees in the spring 2017 semester.

“Dr. Weaver’s professional abilities will allow Williams the opportunity to offer an MAT program for students who have received an undergraduate degree in a non-education field and are now seeking a route to become a licensed educator,” Baine said.

“In addition to the MAT degree, Dr. Weaver will monitor and provide leadership for the offering of an online degree in criminal justice,” Baine added.

Dr. Tom Jones, president of WBC, said Weaver is the ideal choice to lead the new programs for Williams, which he said will extend the college’s influence into new frontiers.

“Online education is allowing greater access to a Christian liberal arts education than ever before.  These new programs will serve markets that were previously unreachable, furthering our impact in professions that directly influence the communities in our region,” Jones said.

Weaver and her husband, Dr. Tom Weaver, live in Pocahontas.  They are active members of Pocahontas First Baptist Church.

Williams is a liberal arts college in Walnut Ridge. 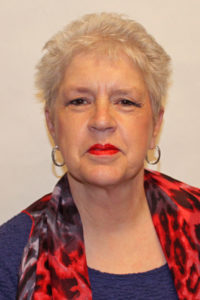