A renewed interest and involvement in Williams Baptist College’s Student Government Association has led to new life for the organization.  Williams students will take office and begin serving the campus this fall.

According to Amber Grady, WBC’s dean of students, SGA provides an opportunity for student input and empowers students to take ownership for their involvement regarding student issues.

“Student Government Association has been inactive here at WBC for several years.  However, this year we were excited to initiate its reinstatement.  I knew students would respond, but the response we received was beyond my expectation.  The students enthusiastically campaigned and engaged their peers in discussions about creating change and sharing their input,” said Grady.

After weeks of campaigning and even a debate, the Williams student body elected juniors Collin Whitney as SGA president and Colton Babbitt as vice president.

“It is an honor and a privilege to be elected by my peers as WBC SGA student body president,” said Whitney.  “Colton and I hope to make an immediate impact on students’ lives in numerous ways, and we will seek to pave the way for a sustainable and productive SGA in the years to come. Williams is a special place, and I look forward to serving in this new capacity.”

“Collin and I have discussed several ways to use SGA as a platform to serve the community as well the student body,” added Babbitt.

Whitney is double-majoring in Christian ministries and business administration and is from Searcy.  Babbitt is a history major and is from Benton.

“Both Collin and Colton ran professional and consistently energetic campaigns.  I am pleased with the results and look forward to serving alongside this duo,” said Grady.  “I know they will do an exceptional job in representing the voice of their peers and advocating for student interests.  Getting elected is a great way for them to get involved and make a difference on campus.  I know this will be an exciting and rewarding experience for both Collin and Colton.” 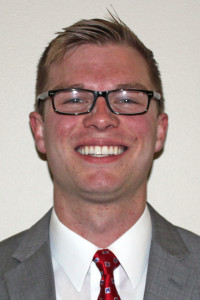 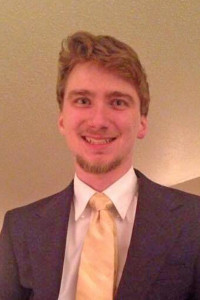