Every year, elementary students from around Northeast Arkansas submit stories to The Story Store, which is an annual children’s production put on in conjunction with Williams Baptist College and the Northeast Arkansas Educational Co-op.

Gifted and Talented students from around the region submit their stories to Melinda Williams, assistant professor of communications arts at WBC, and she combines their submissions into a play.

The Story Store began in 2001, after Williams attended a workshop in Fayetteville which took submissions from students all over the state and created the play, Arts Live. Williams brought the concept to Northeast Arkansas, where GT students follow a prompt to create their own characters and story.

“I enjoy working on The Story Store because of the impact it has on the kids. The children remember this experience,” said Williams.

Ryan Curtis, a sophomore at WBC, is an example of the influence The Story Store has on the children in the region. Curtis’ story was selected when he was in elementary school, and he still remembers what he wrote.

“The theme that year was heroes. Most of my paper was focused on my dad and his responsibilities as a volunteer firefighter. I remember that it was all about how I admired him in my eyes,” noted Curtis.

Not only does the production impact the students who submit their work, it also has a significant meaning to the Williams actors and actresses who perform in the show, like sophomore Maggie Morgan.

“My sister did The Story Store when she was in college at Williams, so there is a bit of nostalgia. This play means a lot to me, personally, as it is a way for me to be creative on stage. I look forward to it all year,” said Morgan. 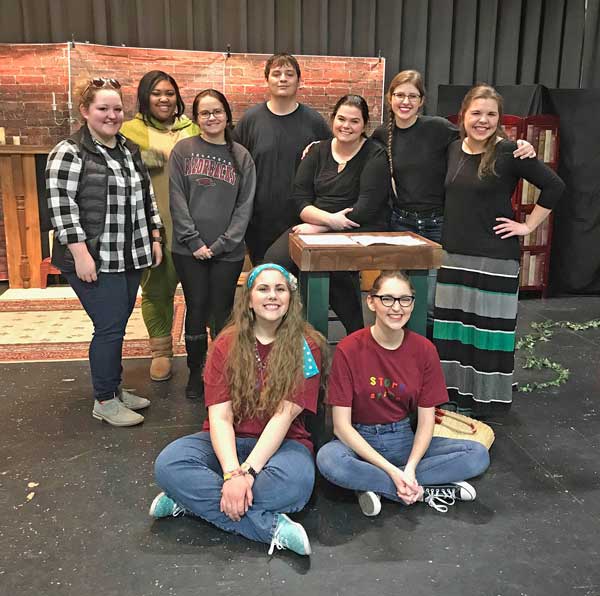 Williams Baptist students participating in the presentation of The Story Store

The performance was held on February 7, at the Walnut Ridge community center.

Williams is a Christian, liberal arts university in Walnut Ridge, Ark. It will officially become Williams Baptist University in July.