John Brown University welcomes Archaeology scholar Dr. Daniel Master to speak on “Ashkelon and the Philistines” Thursday, Oct. 19 at 7 p.m. in the Cathedral of the Ozarks. Master’s lecture is part of JBU’s biannual “Abila Lecture in Biblical Archaeology” series that focuses on understanding the history of the Biblical world through archaeology.

During his career, Master has served as a National Endowment for the Humanities Fellow at the Albright Institute for Archaeological Research in Jerusalem and the general editor for the Oxford Encyclopedia of Archaeology and the Bible. He completed his Ph.D. at Harvard University in near Eastern languages and civilizations and has taught at Wheaton College since 2000 on subjects including ancient near Eastern archaeology, historical geography, and archaeology and the Bible.

For the last 25 years, Master has researched the ancient Philistine port city of Ashkelon discovering the only-known Philistine cemetery. Currently, Master is excavating the largest city in the Jezreel Valley, a project he began last year at Tel Shimron in Northern Israel.

“We’re very excited for Dr. Master to share the valuable insights that he unearthed in the Philistine cemetery,” Dr. David Vila, JBU’s professor of religion and philosophy, said. “Archaeology reveals a deeper understanding of history as we discover a life and culture in the context of their time period. We hope the community will come to a greater appreciation of the Biblical world as it comes to life through these lectures.”

The lecture series, now in its fourth year, is funded by donors to JBU’s Abila Archaeological Project, which excavates in Northern Jordan at Abila of the Decapolis under the direction of Vila. All lectures are free and open to the public.

The Abila Lecture Series is also a part of the university’s Endowment for Academic Excellence, a priority of JBU’s $125 million Campaign for the Next Century. JBU has currently raised more than $115 million toward the $125 million goal and plans to complete the campaign on JBU’s centennial in 2019. 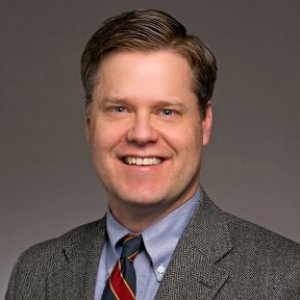