Ouachita Baptist University will present its 20th anniversary production of A Festival of Christmas on Nov. 30 and Dec. 1 at 7:30 p.m. inJones Performing Arts Center on OBU’s Arkadelphia campus. Ticket prices are $10 each with groups of 10 or more receiving a discounted price of $8 each. Admission is free for current Ouachita students.

“This year marks the 20th anniversary of A Festival of Christmas, and we are so blessed to have been able to celebrate Christmas each year since 1992 with more than 50,000 people from the surrounding region,” said Dr. Scott Holsclaw, dean of OBU’s School of Fine Arts. “With the opening of the Jones Performing Arts Center, a generous gift from the Harvey and Bernice Young Jones Foundation, then-president Dr. Ben Elrod along with Dr. Charles Wright, then-dean of the School of Music, had the idea of creating a musical Christmas card for the community to enjoy the new facility. This ‘Christmas card to the community’ became an annual event – A Festival of Christmas.”

Dr. Gary Gerber, chair of the Division of Music, professor of music and director of choral activities, has served as musical director of A Festival of Christmas since coming to Ouachita in 2004. “The Festival of Christmas helps the community at large begin their Christmas season,” Gerber said. He noted that “the community at large” typically includes church groups of 20 to 30 people traveling from throughout the region for this highly anticipated event.

Employing of students and faculty from throughout the School of Fine Arts was key when A Festival of Christmas began in 1992. That tradition continues 20 years later as the annual Christmas show spotlights both the performing arts center and Ouachita’s talented students.

A Festival of Christmas also showcases the two types of Christmas music that are heard throughout the holiday season. “The first half is familiar, secular songs,” Gerber said. He cited the opening song, “Merry Christmas, Merry Christmas,” which the audience may recall from the movie Home Alone 2.

“In the second half we transition to sacred Christmas music,” Gerber added. The songs “Mary Did You Know?”, “Do You Hear What I Hear?” and “O, Holy Night” will be featured in the sacred second half of A Festival of Christmas.

“That’s been a tradition for years, to end on O, Holy Night,” said Rachel Harris, a senior musical theatre and vocal performance double major from Springdale, Ark. “I think it’s a strong number to end on.” Not a newcomer to the event, this will be Harris’ fifth year to participate in A Festival of Christmas. Gerber agrees with her perspective,saying that A Festival of Christmas “ends with a great message.”

Gerber serves as director for both Concert Choir and Ouachita Singers. Mary Worthen, assistant professor emerita of music, is director of Ouachita Sounds. David Stanley, instructor of music, directs Women’s Chorus. Another group, the Movers and Shakers, will feature members of the Concert Choir who auditioned for the opportunity to provide visual entertainment, such as dancing and acting, during the first half of A Festival of Christmas.

Heather White, a senior musical theatre major from Houston, Texas, is one of the Movers and Shakers for this year’s Festival of Christmas. “When it all comes together in the end,” White said, “with the addition of some cheesy Christmas sweaters, you get a bright, fun and entertaining program that we as performers end upenjoying just as much as we hope our audience does.”

Tickets may be purchased at the Jones Performing Arts Center Box Office weekdays from 1-5 p.m. and one hour before show times. Tickets may also be purchased with credit card by phone or online at www.obu.edu/boxoffice<http://www.obu.edu/boxoffice>. For more information, call the box office at (870) 245-5555 during regular box office hours. Also, each current OBU student may receive one free ticket to the show by presenting his or her OBU ID at the box office. 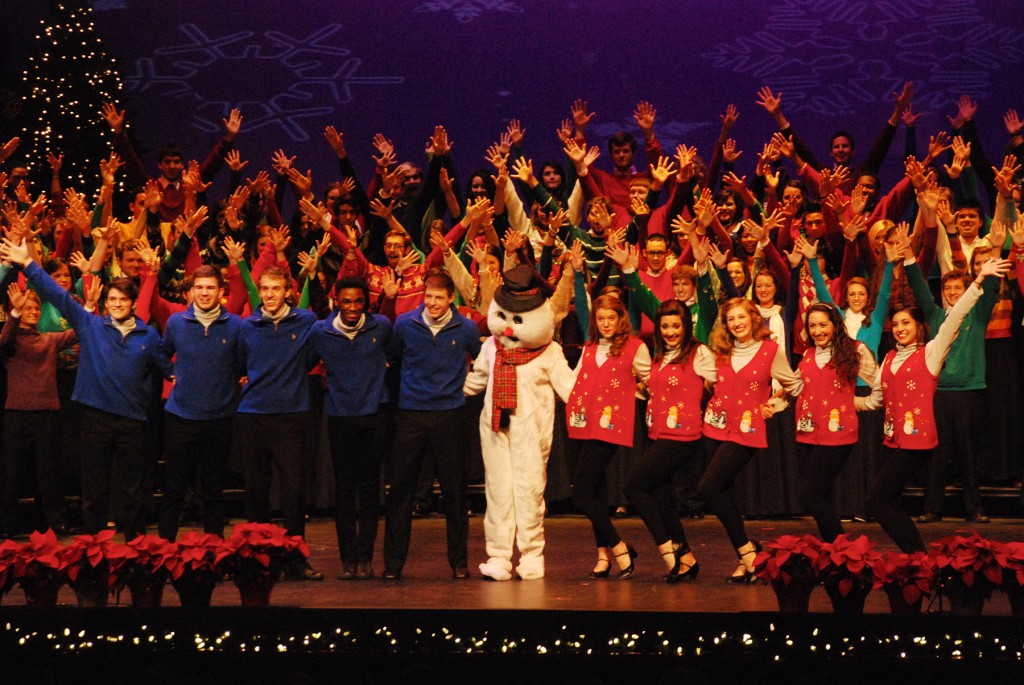