Williams Baptist College hosted its 75th Anniversary Homecoming celebration on Saturday, Nov. 5. Three alumni were honored with awards, and an area on the campus known as “Midkiff Meadows” was also dedicated as a part of the day’s festivities.

James Costner was presented this year’s Distinguished Alumnus Award. Costner, a 1963 WBC alum, was senior vice president of the Property Practice with the insurance company Willis North America. He has been quoted as a property insurance expert by The Wall Street Journal and other prominent business publications. He and his wife, Mary, live in Nashville, Tenn.

Bobo and Amber Newton of Tulsa, Okla., were honored as this year’s Outstanding Young Alumni. Bobo, a 2005 graduate, is chief operating officer and vice president at Kubota Construction Equipment of Tulsa. Amber, an ‘03 alum, does marriage and family counseling at New Beginnings Church, as well as volunteering at Crisis Pregnancy Outreach in Tulsa.

Also taking place during the commemorative Homecoming event was the dedication of Midkiff Meadows, in memory of Dr. J.T. Midkiff. Midkiff served at williams from 1956 to 1974 as professor of social science, dean of mean and director of the Baptist Student Union. He is credited with planting many of the trees on the Williams campus and other beautification projects that the college still enjoys today.

Saturday’s festivities marked the culmination of WBC’s 75th anniversary celebration, which has taken place throughout 2016. 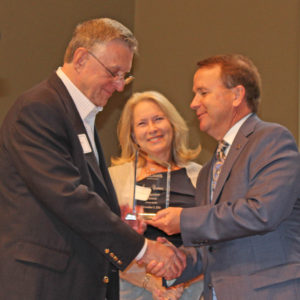 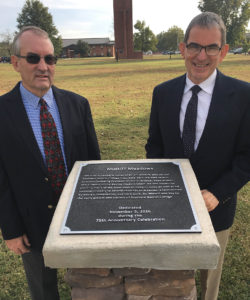 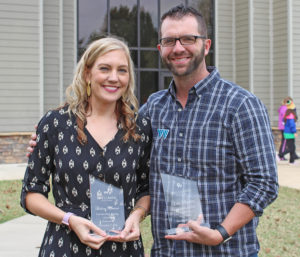