Central Baptist College has announced the addition of band to its programs for the 2016 fall semester. In addition Tim Gunter has been hired as Director of Bands and Associate Professor of Music. Gunter will begin recruiting immediately and anticipates to have 30 students for fall 2016.

Gunter is most well-known for his tenure as Director of Athletic Bands at the University of Arkansas in Fayetteville, Ark, a position he held for 15 years. He has also served as Associate Director of Bands at Rutgers University in New Brunswick, N.J. and numerous bands across the state of Arkansas. Gunter most recently has served as the Pastor of Worship and Discipleship at First Baptist Church in Camden, Ark. since 2012.

Gunter received a Bachelor of Science degree in Music Education in 1979 and a Master of Music Conducting degree in 1993, both from the University of Arkansas in Fayetteville, Ark.

CBC Vice President for Academic Affairs Dr. Gary McAllister said, “Several years ago, we had a band, which was really more like an ensemble. Although we had some good students and an excellent part-time director, we were unable to sustain the program; as a result, we decided to disband and wait until we could provide proper support for instrumental music. I’m pleased to announce that the time has arrived! We will begin recruiting band members immediately and will start the new band program in fall 2016.”

The CBC band will host concert performances and attend various CBC athletic events. Band scholarships will also be available for this new program.

McAllister added, “Tim Gunter is an answer to prayer. I prayed for a full-time band director who would be a good mission fit, but I never dreamed that we would hire someone of Tim’s caliber. With over 300 students in the Razorback Marching Band, he won the prestigious Sudler Trophy, the pinnacle honor for collegiate marching bands. As I reflect upon God’s goodness and provision, I stand amazed! He has blessed Central Baptist College beyond measure!” 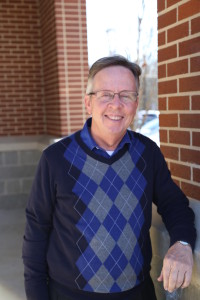