Dr. Dan Williams, minister of the College Avenue Church of Christ in El Dorado, Ark., will become the vice president for church relations at Harding University on June 1.

The announcement was made today by Dr. Bruce McLarty, president-designate of the school. McLarty will assume the presidency of Harding on June 1.

Williams has been the minister of the El Dorado church since 1985. Prior to his current ministry, Williams served churches in Virginia, Tennessee and North Carolina. He is also an adjunct faculty member of the Harding School of Theology in Memphis.

In making the announcement, McLarty said, “I am very pleased Dr. Williams will be joining the Harding staff and serving as a member of the presidential cabinet. One of the key elements in his new responsibilities is connecting with ministers and congregations throughout the world on behalf of Harding.

“Dr. Williams is already widely known throughout Churches of Christ because of his evangelistic curriculum for small group Bible studies and his daily email resources for ministers known as Preacher Stuff. He will be an excellent addition to our administrative team.”

The native of Gallatin, Tenn., serves on the boards of the South Arkansas Substance Abuse Center and the DeSota Area Council of the Boy Scouts.

Williams has written articles in many national publications and has published four volumes of curriculum guides for small group discussions, which have been used by more than 1,900 churches nationwide.

He and his wife, the former Gina Cartin, have two adult sons, Daniel and Michael.

Harding is the largest private university in Arkansas with 6,815 students and attracts more National Merit Scholars than any other private university in the state. Harding also maintains campuses in Australia, Chile, England, France, Greece, Italy and Zambia. For more information visit www.harding.edu. 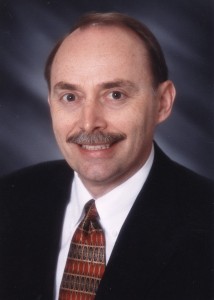