Dr. Steven Harthorn, assistant professor of English at Williams Baptist College, has been appointed to theArkansas Humanities Council. Harthorn will serve as a director of the cohort’s twenty-four member board of directors.

The Arkansas Humanities Council, which is an independent affiliate of the National Endowment for the Humanities, works to promote understanding and appreciation of the humanities in Arkansas. A primary way the committee does so is by awarding grants to organizations that are undertaking humanities projects to educate Arkansas audiences.

The AHC also sponsors and publicizes a number of otherhumanities outreach initiatives throughout the state.

In order to join the council, Harthorn was nominated and asked to submit a statement discussing his interests in the humanities and his willingness to serve on the council. He also had to be approved by the already-serving board of directors.

“Efforts are made to ensure that the board represents the population of the state as much as possible. We have people from every region representing a range of both academic and non-academic pursuits,” Harthorn said.

Harthorn’s main responsibility is reviewing grant applications that come from groups around the state.

“At our spring and fall board meetings, we evaluate the slate of grant applications to determine which ones we think are most worthfunding,” he noted. “The grant process is competitive, and projects can be either research, public programs, publications, film production or development of other media outreach, such as websites or apps.”

He will also aid in setting policies and governing business of the council, as well as representing the organization at various humanities activities around Arkansas.

Harthorn, who was lived in the state since 2005, said that initially he was intimidated that he would be behind in his knowledge aboutArkansas. “My wife, Cathy, and I have taken an interest in visiting museums, historical sites and festivals in the area with our kids, so that has come in handy,” he added.

“I’ve found that the people on the board are welcoming and I’m not as far behind as I thought I was. For me, it’s a tremendous opportunity to get to know many wonderful people in the humanities and learn more about the many exciting projects going on throughout the state. It’s also a great way for me to represent Williams.”

Harthorn will serve at least one three-year term, with the option of serving a second round. 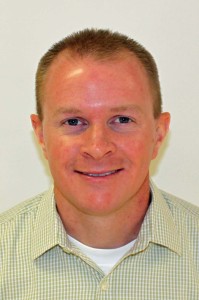