The challenge grant will match dollar-for-dollar donations to the project up to $3 million. The May eld Renovation Project is the newest initiative of JBU’s $125 Million Campaign for the Next Century.

“May eld has been a ‘home away from home’ for more than 10,000 women during its 52 years. This gift will enable us to restore and update May eld so that JBU can continue to provide an excellent residential experience for women on campus, an experience that encourages them to develop intellectually, emotionally, and spiritually,” said Dr. Chip Pollard, JBU president. “We are deeply grateful to the Windgate Foundation for this generous challenge grant.”

The renovation to the 247-bed facility is expected to begin in spring 2017 and be completed by summer 2018. JBU will entirely rebuild each of the resident rooms with high-e ciency LED lighting, sound-resistant construction, sinks, and new, modular furniture, which will allow residents to maximize and personalize their room. The renovation also includes: new bathrooms and plumbing; new furniture, equipment and décor for all of the common areas; a new HVAC system; and a modern re suppression system.

“May eld has always been a place where young women starting out their adult life have found a powerful community of love and support,” said Erin Christner, resident director of May eld. “This renovation project will help make sure that this facility, where women will make lifelong friendships and learn God’s potential for their lives, will continue to serve students for decades and decades.”

Originally opened in 1964, the hall had one major addition in 1978 — the construction of a new wing increasing bed capacity by 100.

The project is part of JBU’s $125 million Campaign for the Next Century, which is scheduled for completion in 2019 during the university’s centennial. The campaign has ve priorities: endowment and annual scholarships ($35 million), estate gifts for scholarships and program endowment ($25 million), endowment for academic excellence ($10 million), new and renovated facilities ($30 million), and program support ($25 million). With this gift, JBU has received over $78 million in gifts and pledges toward its $125 million goal.

For more information on the Campaign for the Next Century, visit www.jbu.edu/NextCentury. 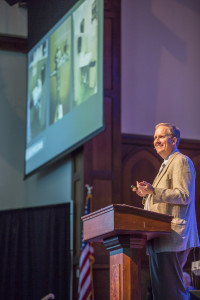 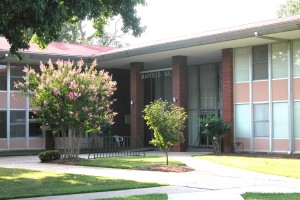 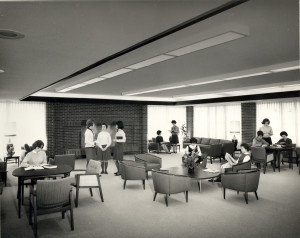