“Lucas has led critical efforts in brand building, modernizing our web presence, crisis communications and more,” said Dr. Jim Krall, JBU’s vice president of advancement. “We are pleased that he has accepted this new expanded role as an important member of JBU’s leadership team.”

Before his tenure at JBU, Roebuck worked as a journalist and a college professor. He served in various editorial roles at Arkansas newspapers, including as opinion editor of the Benton County Daily Record, managing editor of the Northwest Arkansas Times and assignment editor for KNWA-NBC. He also taught communications and journalism at George Fox University and Northwest Nazarene University.

As a part of the promotion, Roebuck will work with JBU President, Dr. Chip Pollard, to manage JBU’s political relations as director of government affairs.

“JBU has a great story to tell, and I am honored to have the opportunity to help share it,” Roebuck said. “Our students and faculty are doing amazing things in amazing places; making a concrete difference in a world filled with dynamic challenges and novel opportunities.” 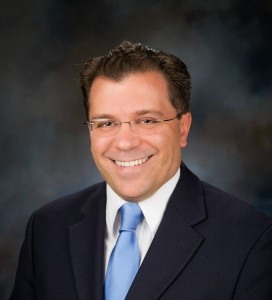