John Brown University welcomes Eric Pianalto, president of Mercy Hospital of Northwest Arkansas, to speak in chapel on Thursday, Feb. 16 at 10:30 a.m. for Soderquist Leadership Chapel, which brings prominent leaders with business acumen to JBU in order to share with undergraduate students.

“Soderquist Leadership seeks to give JBU students the opportunity to hear from excellent leaders such as Eric Pianalto,” Chuck Hyde, CEO of Soderquist Leadership said. “Pianalto has been in a variety of roles within Mercy Hospital, and this has given him a unique perspective and understanding of what his leadership means, especially in relation to his faith. It is important for JBU students to realize that leadership begins before the title.”

Pianalto has been with Mercy since 1997. In 2013, he was named president of Mercy Hospital in Northwest Arkansas. A Northwest Arkansas native, Pianalto stepped into leadership when federal funding policies were changing and uncertain; since then Mercy has been named the 2016 recipient of the Enterprise Davies Award for reducing health care costs and saving lives.

Mercy Hospital NWA is part of the Mercy Health System founded by the Sisters of Mercy in 1986 in Dublin, Ireland. The Sisters of Mercy came to the United States in 1843 and seek the healing ministry of Jesus to life through compassionate care and exceptional service, valuing dignity, excellence, justice, service and stewardship as the core components of their health care. 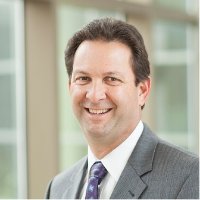