Ushering in a new era of leadership at Ouachita Baptist University, trustees unanimously elected Dr. Ben R. Sells as Ouachita’s 16th president during a special called meeting April 7. He will begin serving this month as president-elect and officially will assume the presidency effective June 1.

Dr. Sells, who has extensive leadership experience in higher education, fundraising and missions involvement, recently served more than nine years as vice president for university advancement at Taylor University in Upland, Ind. Directing record fundraising efforts during his tenure at Taylor, Dr. Sells also had responsibilities for university strategic planning. Taylor has been ranked for nine consecutive years as the No. 1 baccalaureate college in the Midwest by U.S. News & World Report, the same ranking held by Ouachita in the South region before moving to a national ranking in 2012.

Following an in-depth nine-month presidential search process, Dr. Sells’ election marks the first time in more than 60 years that a newly elected Ouachita president has not had previous ties to Ouachita as an alumnus, staff member or trustee.

“The presidential search committee’s desire to do a national search was different than all of our presidential searches in recent history,” said Jay Heflin, chairman of the OBU Board of Trustees. “However, I believe that this has resulted in our eyes being opened to several opportunities that we have not been able to see in the past. And, ultimately, I believe that this national search has brought Ouachita a new president who is wonderfully gifted in many ways.

“Dr. Sells has a broad base of Christian, liberal arts experience and shares the values of our university honed by serving at a similar campus in a small town setting,” noted Heflin, a 1993 Ouachita alumnus who served as an ex officio member of the search committee. “His experience and giftedness is a wonderful compliment to the unique set of needs that Ouachita has at this time in her history.”

Telling trustees he is “deeply honored and humbled” by the opportunity to serve as Ouachita’s president, Dr. Sells pledged “my solidarity with you in an unwavering commitment to steward, to sustain and to strengthen Ouachita’s mission.”

Dr. Sells succeeds Dr. Rex Horne who resigned as president last year to accept the presidency of Arkansas’ Independent Colleges and Universities. Dr. Charles Wright, retired dean of Ouachita’s School of Fine Arts, has served since last August as interim president and will continue to serve in that role through the current academic year.

Dr. Sells holds a Bachelor of Science degree from Southwest Baptist University in Bolivar, Mo., and two degrees, a Master of Arts and a PhD in higher and adult education, from the University of Missouri in Columbia. As an undergraduate, he participated in the Oxford Overseas Study Program and in 2012 he earned a certificate from Harvard University’s Institute for Educational Management.

Gene Whisenhunt, immediate past chairman of the OBU Board of Trustees and a 1983 Ouachita alumnus, served as chairman of the presidential search committee. Reflecting on the committee’s national search, he said, “There was interest in the position from many wonderful and qualified candidates. After consideration of the needs of Ouachita and her mission, our steps led us to Dr. Ben Sells. He has vast experience in many leadership positions and a passion for Christian higher education. We believe Dr. Sells will provide exceptional leadership of Ouachita Baptist University.”

While his past experience “significantly shapes the way I want to proceed here,” Dr. Sells told trustees, “I don’t come to Ouachita with a specific agenda for the future. I believe that such a plan will emerge as we seek the wisdom of the Lord, listen to the voices of the Ouachita family and engage in candid and respectful conversations.”

Although “we’re living in a disruptive time for higher education,” he said it poses “a pivotal moment for Christian colleges. At our core, we are focused on forming people – what Ouachita so importantly describes as ‘fostering a love of God and a love of learning’ – and that must remain foremost.

“We must not be tempted to do only what it takes to survive when it is possible to thrive,” Dr. Sells declared. “We must not be people of too much fear and too little faith. That is not our calling as Christians and that is not the character of this university.

“I cannot imagine a better time, a better opportunity for Ouachita Baptist University to lead the way in creating a more viable, more substantive and more enduring model of education,” he insisted. “This is Ouachita’s opportunity to further define, to differentiate and to distinguish itself as a Christian university, as a Baptist college, that will provide to students unparalleled value over time.”

“I believe that the search committee and Dr. Sells have both been extremely focused on God’s leading through this process,” Heflin emphasized. “It has been a journey that God has led and brought all parties together in such a way that has the potential to be life-changing for our beloved Ouachita.” 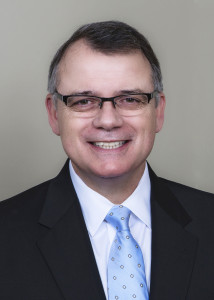