Ouachita Baptist University’s 2011-2012 yearbook, the Ouachitonian, has been named a finalist in the Columbia Scholastic Press Association’s 2013 Crown Awards. The Crown Awards are the highest honor in yearbook design and editorial from the CSPA.

“Being named a CSPA Crown finalist is something I have secretly dreamed of ever since I started yearbook in the 10th grade,” Huffman said. “I am very proud of my talented staff for all their hard work on the book, and this award goes to show that their efforts paid off.”

“I am extremely proud of the Ouachitonian staff for producing a Crown Award yearbook,” added Dr. Deborah Root, chair of OBU’s Rogers Department of Communications and faculty advisor for the yearbook. “Ouachita is by far the smallest school to be named a Crown book this year. It’s nice to know that in head-to-head competition with yearbooks across the nation, the judges chose to recognize and honor the Ouachitonian.”

“It is a great honor for both the yearbook program and for Ouachita to be ranked nationally with such well-known universities,” Huffman noted. “It further proves what Ouachitonians everywhere already know – that Ouachita enables its students to exceed expectations.”

“The Ouachitonian has a rich tradition, and the students worked hard to carry on that legacy,” said Root, who was a Gold Crown editor as a student at Ouachita. “Tanner Huffman is a very gifted designer, and I knew this would be a less traditional and more trend-setting yearbook. The award is a reflection of the hard work and talent of our students, from writing and design to photography and concept.”

“I hope this accomplishment will encourage future Ouachitonian editors and staffs to rise to the challenge by keeping Ouachita and its yearbook at award-winning standards,” Huffman agreed.

For more information about the Ouachitonian or Ouachita’s Rogers Department of Communications, contact Dr. Deborah Root at rootd@obu.edu 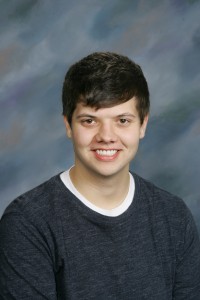